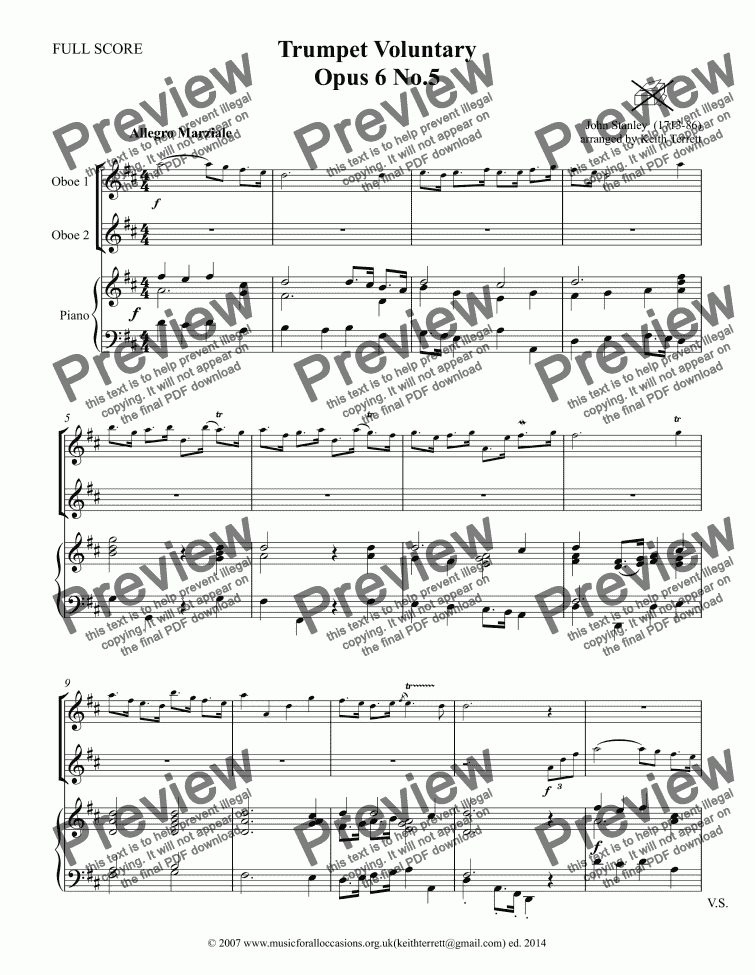 A stunning arrangement of John Stanley’s beautiful Trumpet Voluntary; arranged for a pair of Oboes with Piano or Keyboard accompaniment.