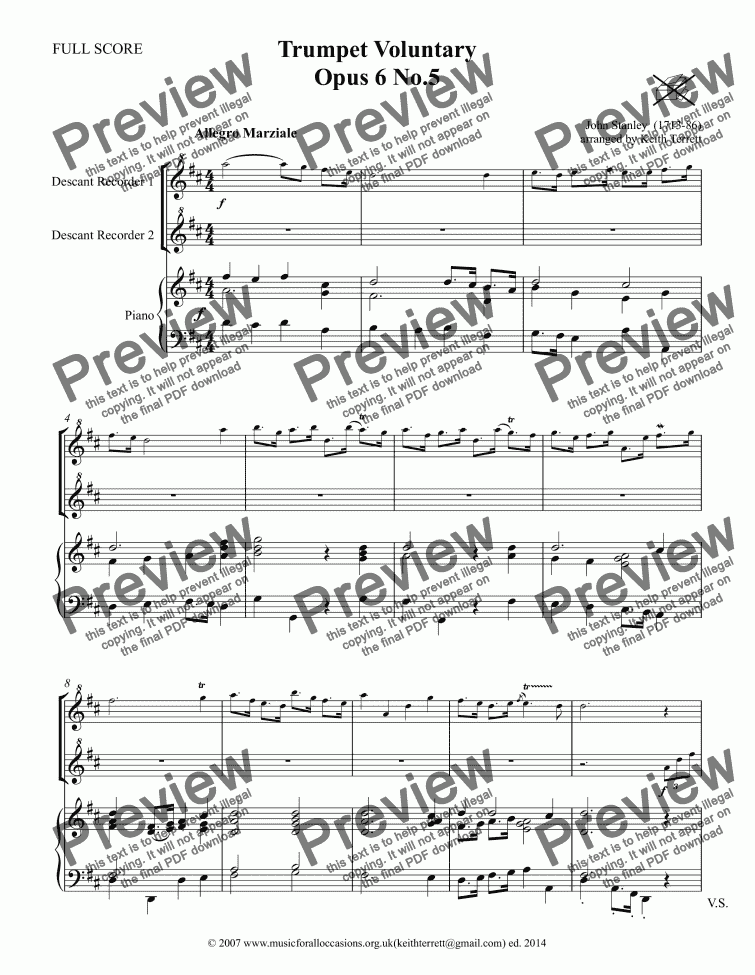 John Stanley’s Trumpet Voluntary, arranged for a pair of Descant Recorders and Piano.

If you want a piece for for Recorder Ensemble, take a look at my Havana Rhubarb Rumba which is featured in this year’s American Recorder Society Magazine. The work is also available in my store.