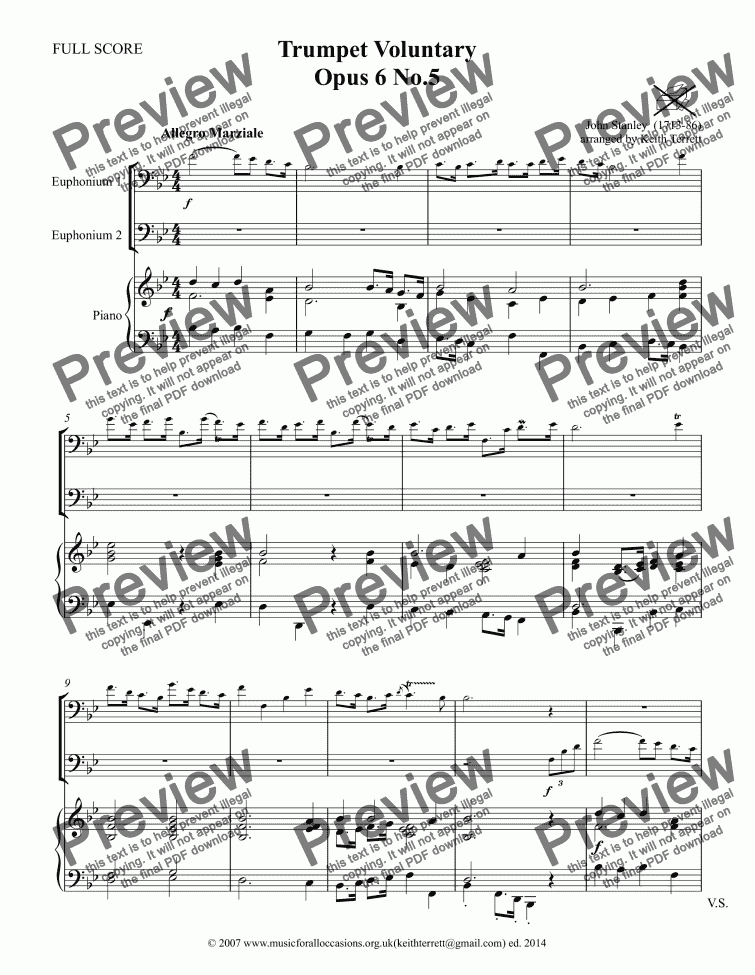 Euphoniums don’t let the Trumpets hog all the wedding work, find a lower brass buddy and perform this arrangement at a wedding!