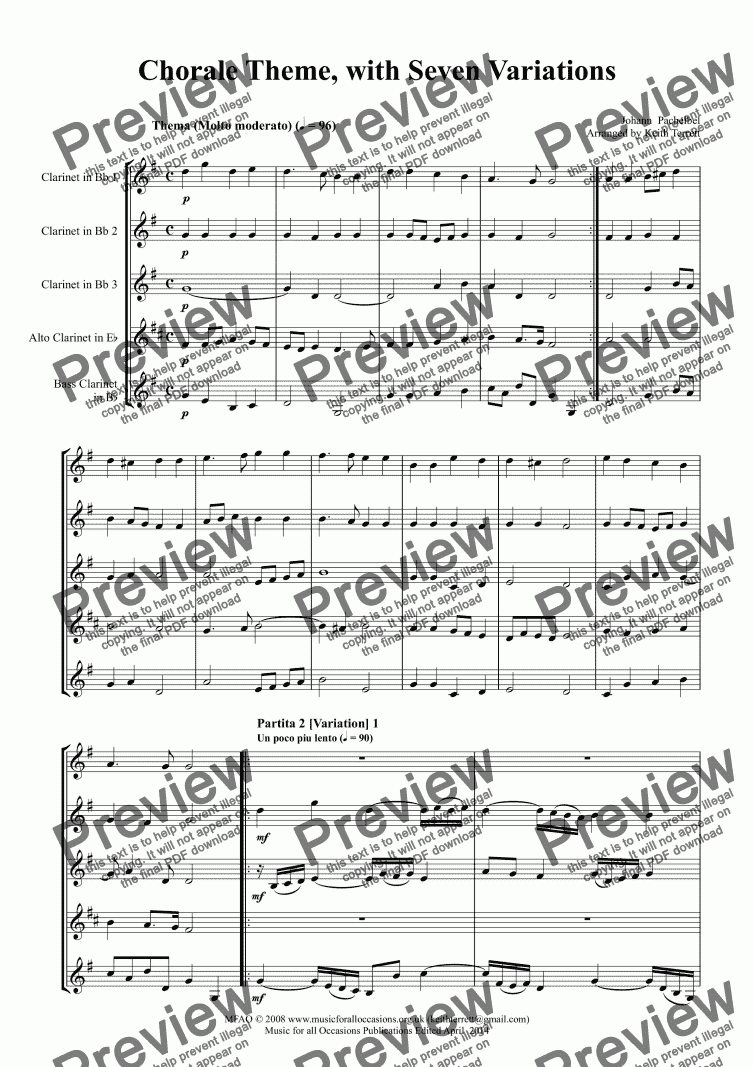 Reviews of Chorale Partita with Seven Variations for Clarinet Ensemble