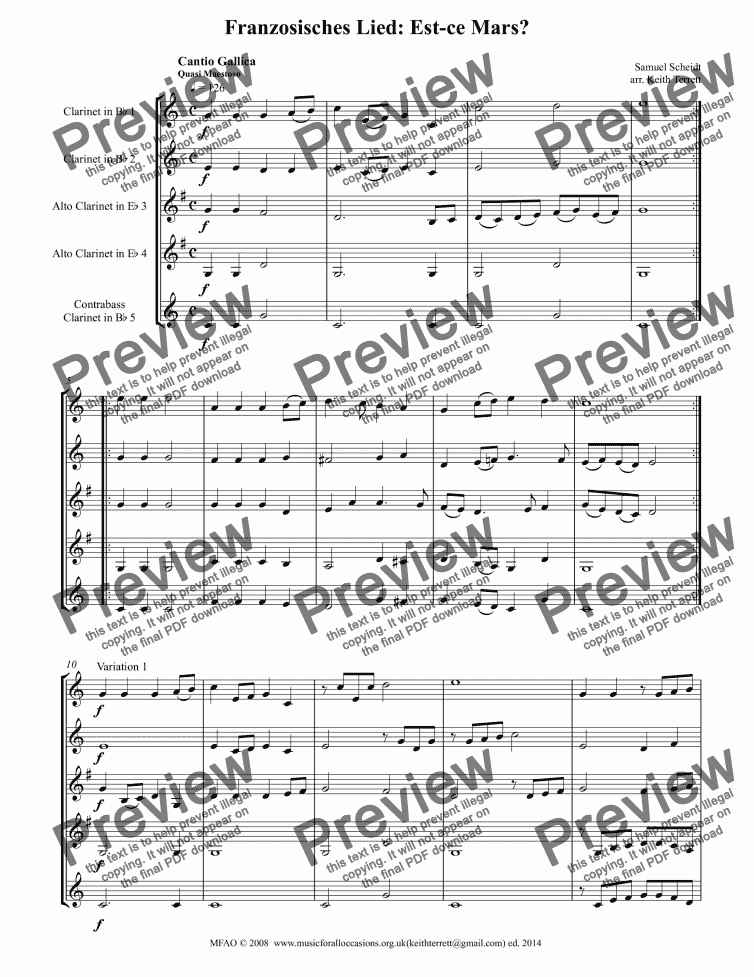 Franzosisches Lied by Samuel Scheidt arranged for Clarinet Choir, in a great arrangement which will challenge your players technically and musically.

For more of my music for this medium, visit Reynards Publishers website in the UK.