By: Samuel Scheidt arr. Keith Terrett
For: Quintet of Soprano Recorders
This music is in your basket
View basket
Loading... 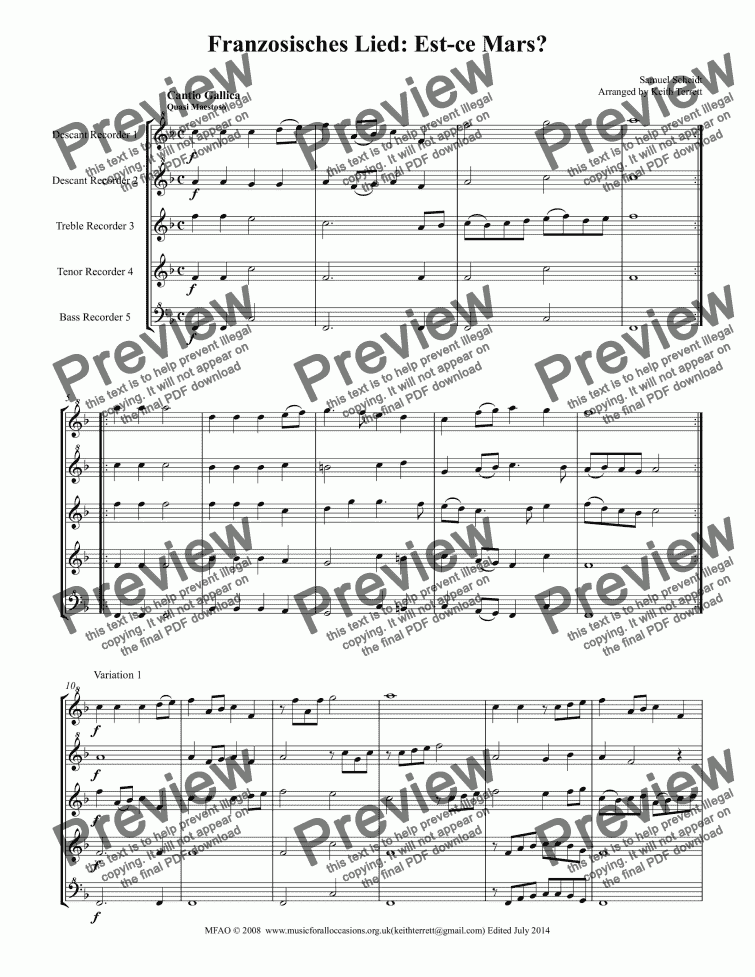 Composer
Samuel Scheidt arr. Keith Terrett
Arranger
Keith Terrett
Publisher
Music for all Occasions
Difficulty
Moderate (Grades 4-6)
Duration
6 minutes
Genre
Classical music
License details
For anything not permitted by the above licence then you should contact the publisher first to obtain permission.

An arrangement for Recorder Consort of Samuel Scheidt’s Franzosisches Lied. A great transcription to challenge your consort with.

The Great Bass part has been replaced as suggested by Kevin Holland. Thanks for your in-put Kevin.