By: Malcolm Dedman
For: Choir
This music is in your basket
View basket
Loading... 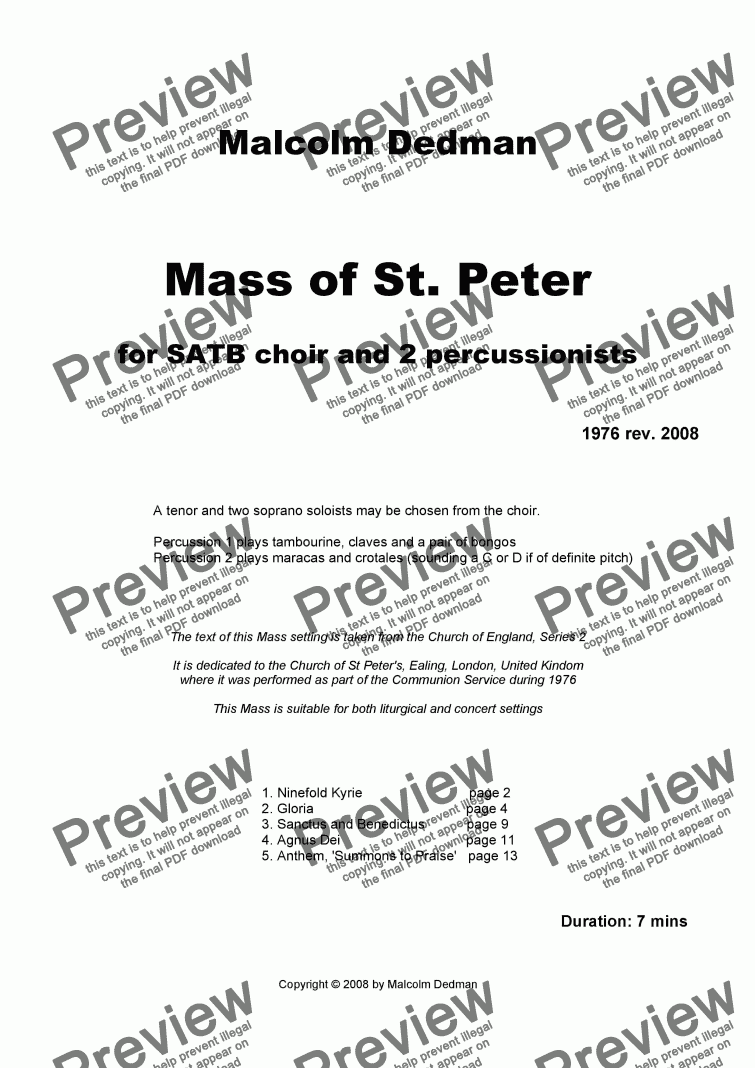 By: Malcolm Dedman
For: Choir

This is a setting of the Holy Communion Mass in the Anglican Church’s Series 2 version. It was originally written for St Peter’s church in Ealing, West London, England in 1976 and was performed during the Communion Service. It met with varied response as some parishioners were extremely wary of the use of percussion, at that time only in sections of the Gloria.

The incorporation of the controversial percussion parts stemmed from hearing a Southern African priest talk of how music was used in his church, especially how joyful it was to hear. Indeed, it is with a spirit of joy, he said, that we must praise God. Now that I am living in South Africa, I feel it is my duty to revise this Mass setting, making it more practical and adding further percussion parts to the Sanctus and Benedictus as well as the final anthem.

This setting of the Mass includes a Ninefold Kyrie, Gloria, Sanctus and Benedictus, Agnus Dei and omits the Credo, but it adds a setting of Psalm 117 (Jerusalem Bible version) as an anthem, ’Summons to Praise’. If sung liturgically, this anthem may be sung at any suitable point during the service, but as the Mass may also be performed in concert, it would seem appropriate that it should conclude this setting, thereby presenting a final spirit of joy.

Reviews of Mass of St. Peter