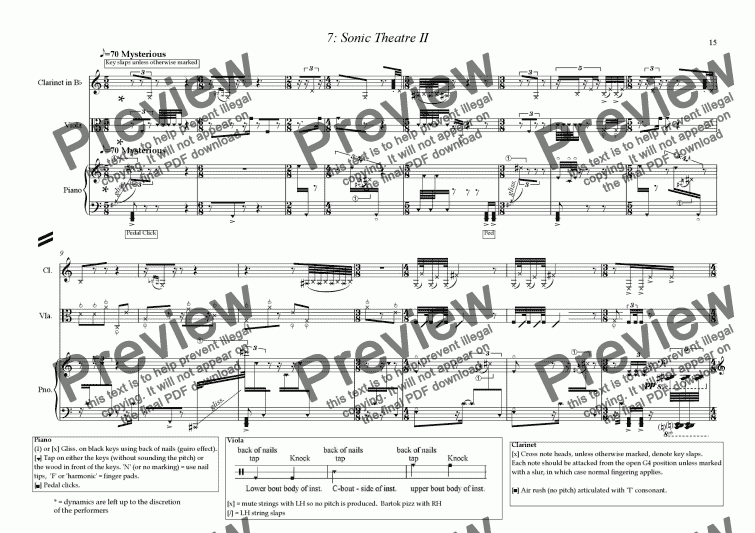 Sonic Theatre II Framing the work is an extended version of Sonic Theatre.�The sound world has thus moved full circle.�In a theatrical performance the players should be front-lit for this final movement with large shadows being cast on the back of the stage.�In the closing section (Machine winding down) the stage and auditorium lights should gradually be dropped to complete blackout.

Acknowledgements Many thanks to Alison Marsh, Duncan Prescott, Helen Selden, & Rebecca Steel for helping me research the clarinet part.