Pizzicato polka for clarinet in Bb and guitar 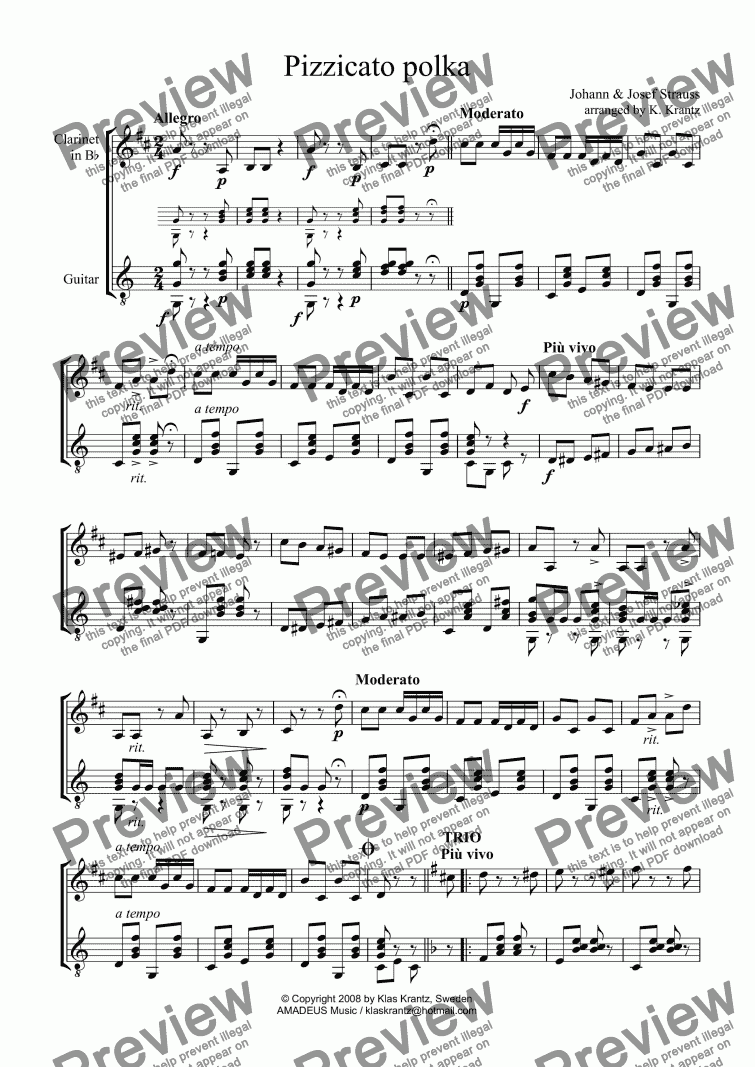 This catchy piece would probably be the perfect encore for a clarinet and guitar concert.

Johann Strauss II (1825 - 1899) was an Austrian composer known especially for his waltzes, such as The Blue Danube. Son of the composer Johann Strauss I, and brother of composers Josef Strauss and Eduard Strauss; Johann II is the most famous member of the Strauss family. He was known in his lifetime as "the waltz king" and was largely responsible for the popularity of the waltz in Vienna during the 19th century. He revolutionized the waltz, elevating it from a lowly peasant dance to entertainment fit for the royal Habsburg court. His work enjoyed greater fame than his predecessors, such as his father and Josef Lanner. Some of his polkas and marches are also well known, as is his operetta Die Fledermaus. 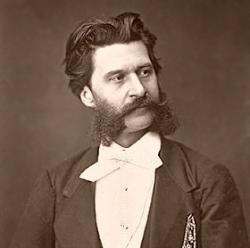 Reviews of Pizzicato polka for clarinet in Bb and guitar