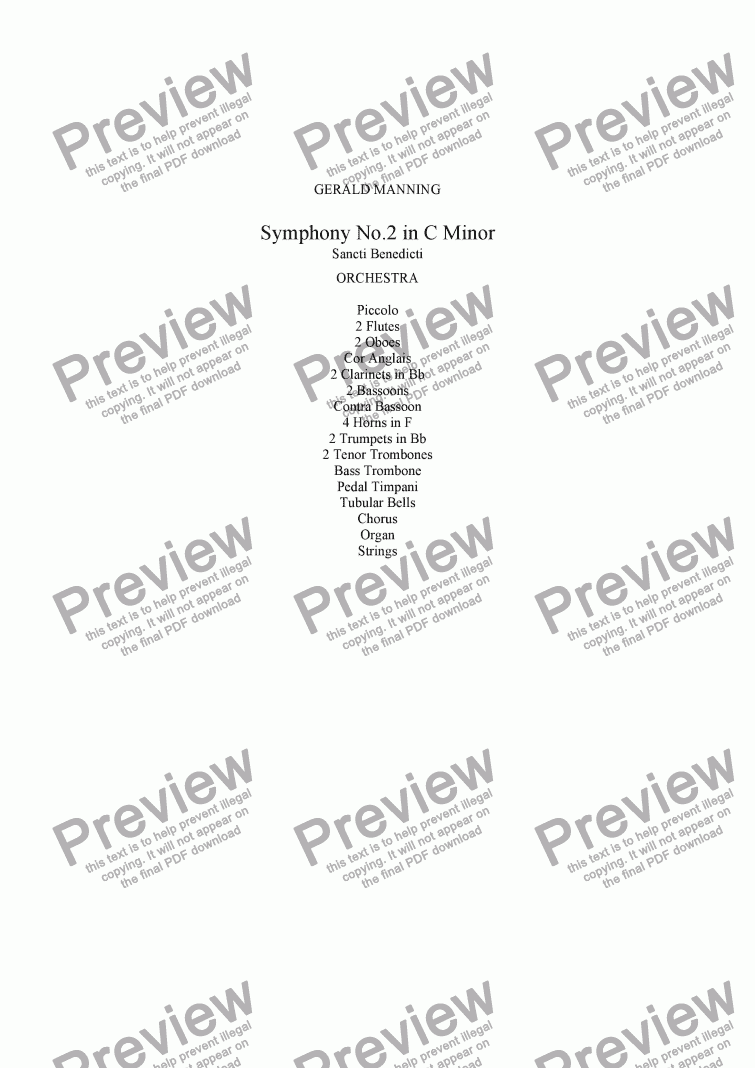 Beethoven probably derived the idea for his Symphony No. 6 in F major �The Pastoral� from a programme-symphony by Justin Knecht, �Le Portrait musical de la nature� (? 1784), which includes a depiction of a beautiful day in the country, a storm and a final hymn of gratitude to the Creator. Although it is not my intention to portray my Second Symphony, in C minor, as a �programme-symphony�, suffice it to say that the inspiration for the work came during a sojourn in Italy when I visited the principal monastery of the Benedictine order at Monte Cassino, located in Latium, central Italy. It was founded by St Benedict of Nursia in c.529 AD, and soon became a place of pilgrimage and universal learning; hence the title attributed to this work.

Symphony No. 2 in C minor (Sancti Benedicti), is in four movements; the second of which is a chorale setting for male voices of the �Oratio Sancti Benedicti� � the Prayer of St Benedict, which appears in the writings of Tomus Alcuin (732-804) and is based on a Gregorian chant in the IV or Hypophrygian mode, and is given here in the Latin text. Gregorian chant originated in Monastic life, in which singing the 'Divine Service' nine times a day at the proper hours was upheld according to the Rule of �St.Benedict�. The fourth movement is in �Ternary� form in which the first and third parts are alike (or almost so), while the second part is an extended �Passacaglia�.