Sign in / Register
HomeInstrumentationsDuetViolin Sonata No.2 in G minor HWV 368 for Violin & Violoncello

Violin Sonata No.2 in G minor HWV 368 for Violin & Violoncello

Composer
Handel
Full score details...
This music is in your basket View basket 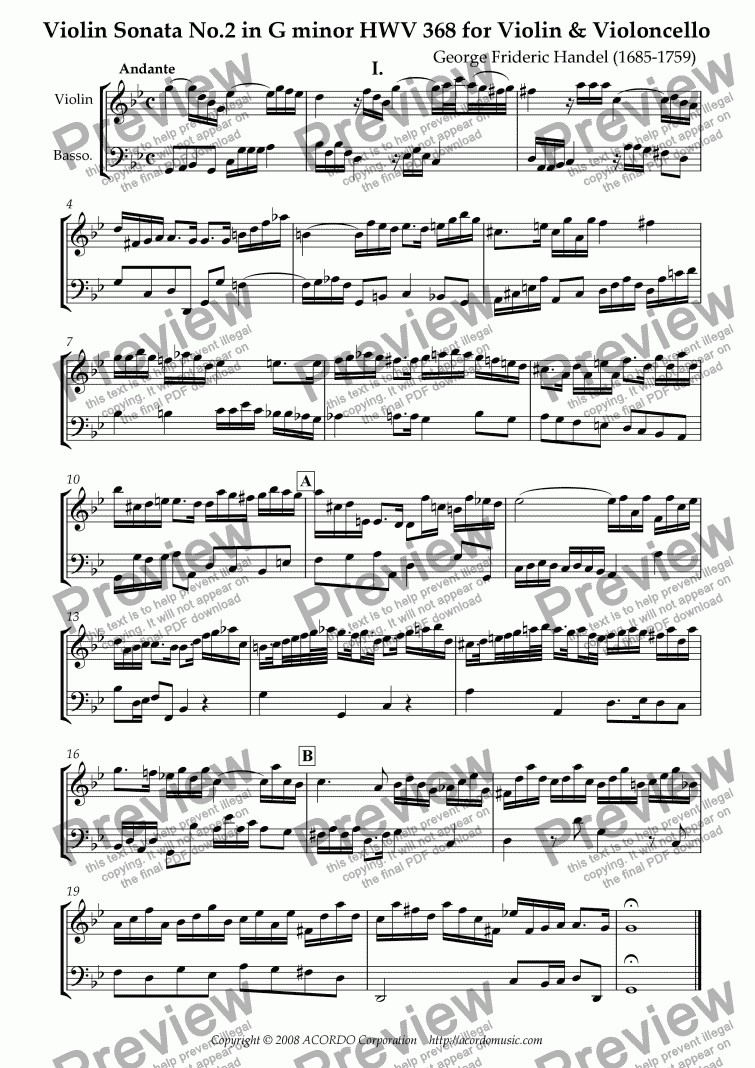 This piece is commonly known as Violin Sonata No.2, which is Sonata X in Handel-Werkausgabe (1886) edited by Friedrich Chrysander (1826-1901). This piece has a problem of authenticity. The reliable sources tell as follows. Chrysander’s edition (1886) was based on two publications when Handel was in life; Roger’s edition of Opus 1 (Amsterdam, 1722) and Walsh’ edition (London, 1732). Actually, Roger’s edition (1722) was a piratical edition printed by Mr. Walsh. He pretended to be a distributing agent of Roger’s edition in London. He was immune from litigation by Mr. Roger, because he had been died at that time. Walsh added two violin sonatas to keep the total number of violin sonatas to be six. These are Roger No.10 and No.12, which correspond to so-called Handel’s Violin Sonata No.2 and No.3. Mr. Walsh fond a large sale of Roger’s edition, he started to make a new edition using his name, Walsh’ edition (1732). These two editions were without Handel’s permission. Mr. Walsh replaced the two pirated sonatas when he published Walsh’ edition. These two are so-called Handel’s Violin Sonata No.5 and No.6. These four sonatas are not by Handel, but there is no record of the composers.

Mr. Walsh was not fair, however, he left four charming violin sonatas by Anonymouses in Handel’s period for posterity. This sonata, so-called Handel’s Violin Sonata No.2, is originally for Violin Solo and bass-continuo, which is usually played by Violin, Violoncello & Keyword, however, it is very fascinating to play it as a duet of Violin & Violoncello. Players would enjoy a dialogue between two parts. 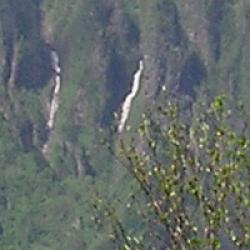 Reviews of Violin Sonata No.2 in G minor HWV 368 for Violin & Violoncello