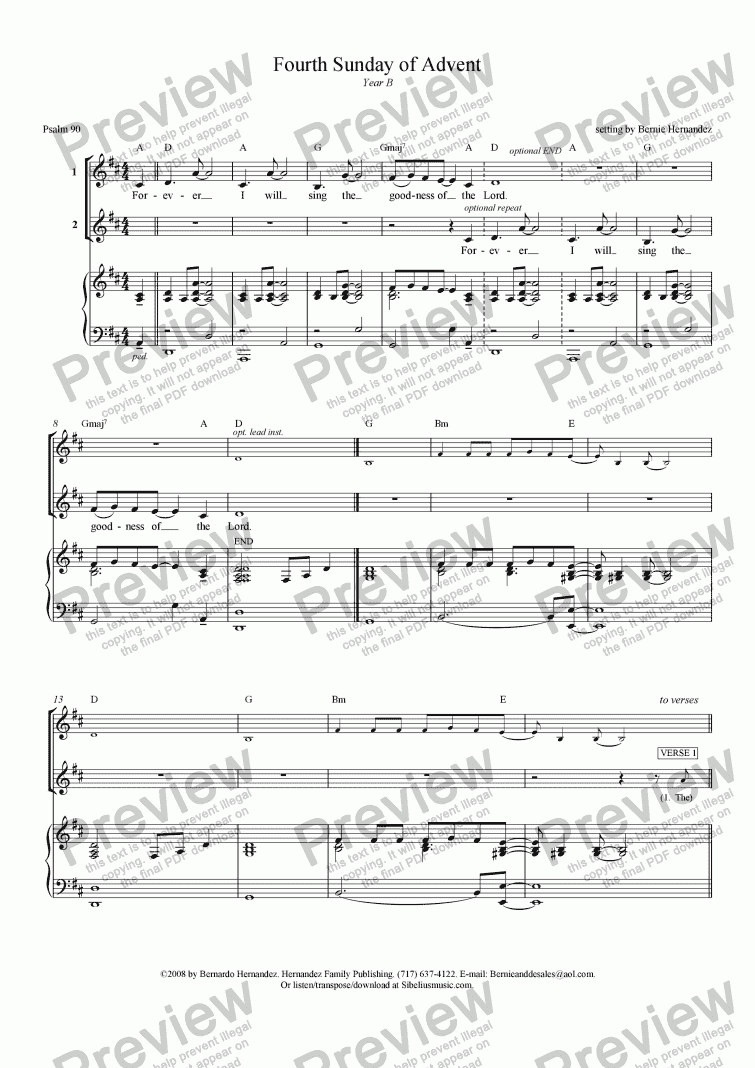 For those who don't know the story, this one is actually based on a pop song I wrote called "I Came For Your Heart" that was signed (with a reversion clause, I do own it again now) by Warner-Tamerlane in New York. In the late '80's I was a keyboard player for the rock group Cubic Feet. They were showcasing in New York and got a publishing/spec deal with Warner Bros., and the producer (the great Peter Solley) told them they should include my song! So it got the professional producer's treatment (at some point I'll post the MP3), but alas, Cubic Feet never got a record deal out of the publishing deal.

So rather than see the song wallow in obscurity (it's probably sitting on some shelf in New York (or more likely in a landfill!) I figured why not use the melody and chords for the Lord and set one of the psalm responses to it. So here it is. Maybe it was the goodness of the Lord that I never did get signed to a record deal…so "Forever I will sing the goodness of the Lord."

In order to submit this score to ScoreExchange.com Bernardo Hernandez has declared that they own the copyright to this work in its entirety or that they have been granted permission from the copyright holder to use their work. If you believe that this score should be not available here because it infringes your or someone elses copyright, please report this score using the copyright abuse form.