String Quartet No.2 in B flat major 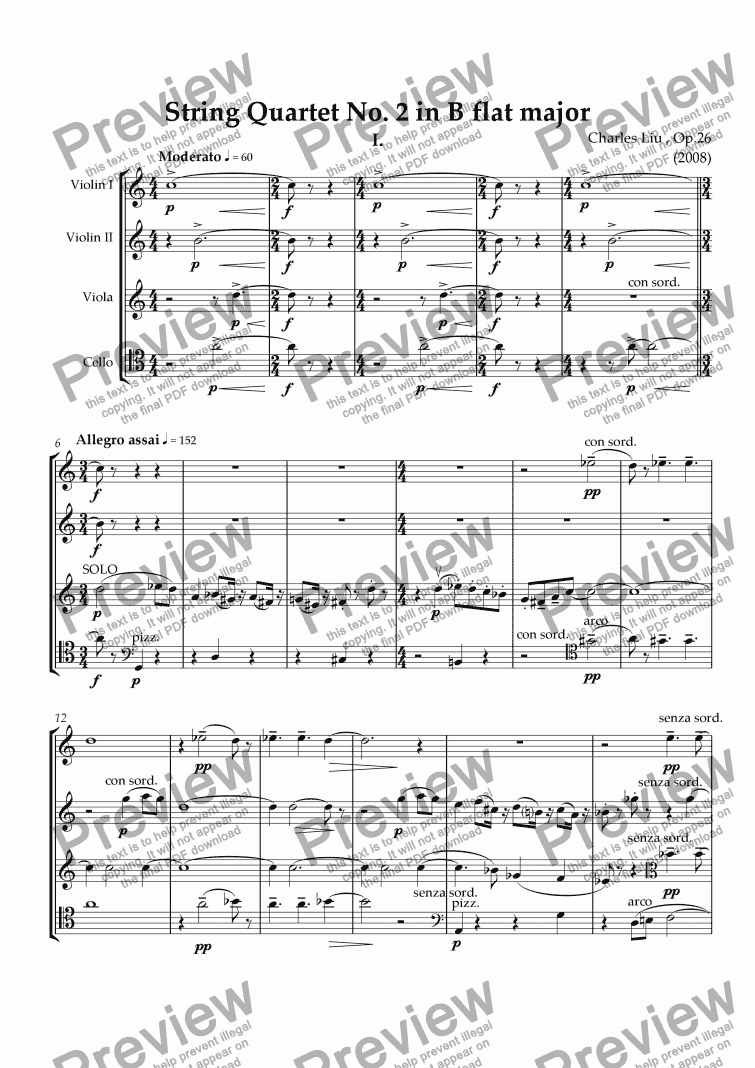 Here are the first two movements of my 2nd string quartet.

The intro of the first movement opens with a 'signature cluster' that moves directly into the first thematic material. A distinct dotted rhythmic motif is introduced, followed by a short transition that leads directly to a secondary motif (variation of the notes of the cluster). The movement adds an element of using the circle of fifths, disregarding the quality of the intervals, most audible in the solo pizzicato passage. As the thematic material develops, it comes to a waltz section…a variation of the first motif. The rest of the movement reiterates, contracts and expands on the material, but fragments and isolates and concentrates on the most important motifs.

The 2nd movement is a free fantasia, drawing upon the introductory material of the first movement. The central portion of the movement is an polytonal fugato, framed by two solos, one for the First Violin, the latter for the Cello. The movement fades out with the opening gestures, descending in register, disappearing with the low end of the cello.

In order to submit this score to ScoreExchange.com Charles Liu has declared that they own the copyright to this work in its entirety or that they have been granted permission from the copyright holder to use their work. If you believe that this score should be not available here because it infringes your or someone elses copyright, please report this score using the copyright abuse form.

Reviews of String Quartet No.2 in B flat major