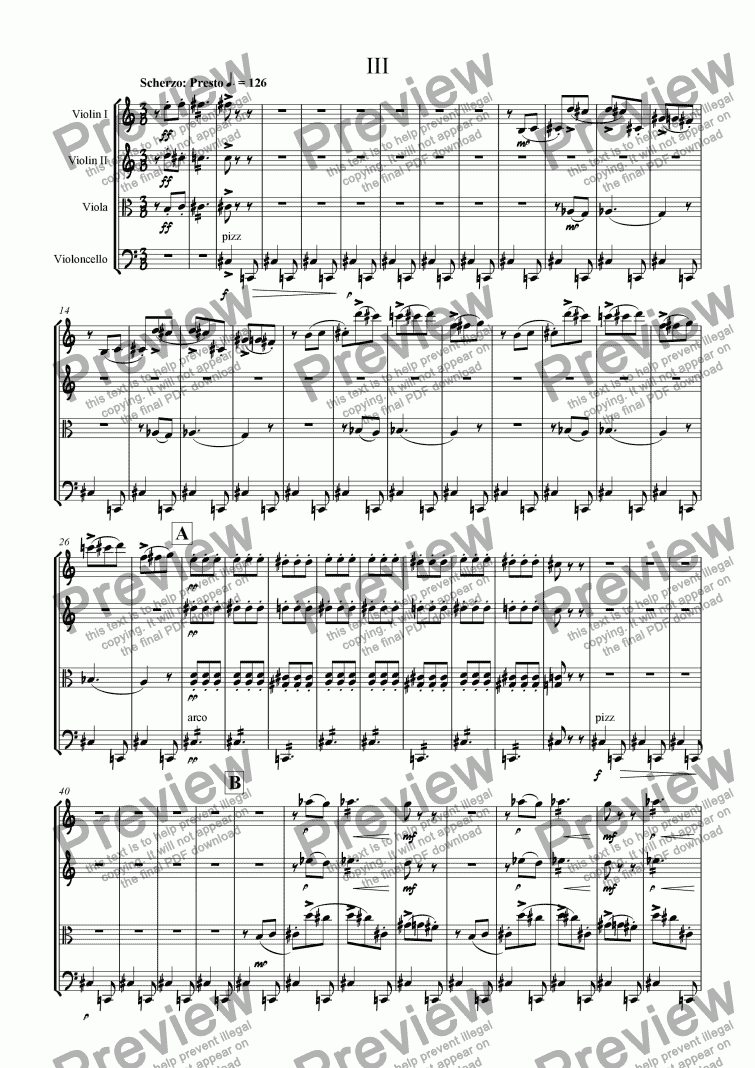 This final movement, marked Scherzo, is the first to contain any element of humour, yet the harmonic language remains the same. The first violin announces a melody that metamorphoses the two elements of the work into one line. There is textural variation throughout the movement, with subdued passages often entering without notice (such as at Figure A). Figure C represents the semitone running theme of the first movement altered to cover three semitones instead of four to fit the bars of the scherzo. At figure F, a fugue subject is announced, again combining the same elements, gradually building up as each voice is added. From this point onwards the music persistently moves towards a climax, which does not break off until figure N, where the motivic ideas are cut into fragments. Figure O onwards represents a coda - the music and severity of the quartet has finally run out of steam. For perhaps the first time, a pure and consonant harmony creates a resounding peaceful atmosphere to close the work - but a soft dabbing in the cello at figure Q is there to suggest that the severity and energy could quite possibly return to make an apperance again on another day.

In order to submit this score to ScoreExchange.com Harry Sdraulig has declared that they own the copyright to this work in its entirety or that they have been granted permission from the copyright holder to use their work. If you believe that this score should be not available here because it infringes your or someone elses copyright, please report this score using the copyright abuse form.