Sonata for Horn and Piano - I 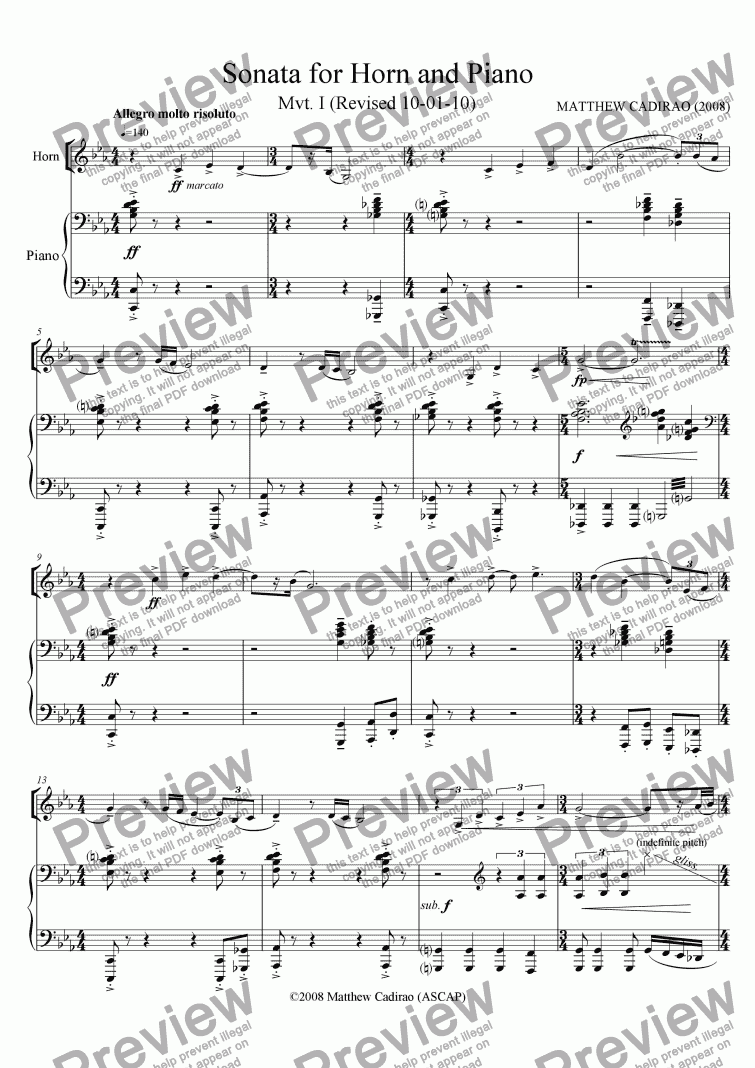 Being a hornist, sooner or later I would eventually end up composing for my instrument, and in 2007 after being inspired by Franz Strauss� Nocturno I began what became the second movement of this piece. A year later I completed the first movement. Both movements incorporate very many different musical styles and influences, a characteristic I particularly enjoy in my music. Having no direct influences, it is difficult to characterize the first movement satisfactorily. Here, I have unconsciously incorporated styles reminiscent of American classical music, popular music, liturgical recitative, and various brass repertoire including �El Toro Caliente,� �En Forêt,� and the ubiquitous horn calls of early literature. It is also a challenge for the hornist, who, in addition to various melodic and registral difficulties, is instructed to utilize various special effects such as stopped horn, muted horn, glissandi, and natural horn (where there are no valve changes and only notes of the harmonic series are played).

Reviews of Sonata for Horn and Piano - I