Sign in / Register
HomeInstrumentationsPercussion ensembleDance of the Storms - II. Interlude

Dance of the Storms - II. Interlude

By: Matt Cadirao
For: Percussion ensemble
This music is in your basket
View basket
Loading... 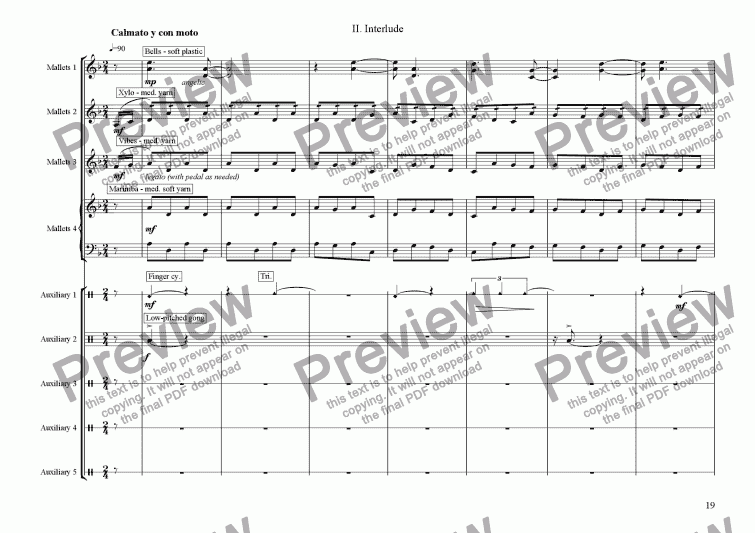 Dance of the Storms - II. Interlude

By: Matt Cadirao
For: Percussion ensemble

Composer
Matt Cadirao
Year of composition
2008
Lyricist
none
Difficulty
Difficult (Grades 7+)
Duration
2 minutes
Genre
Modern classical music
License details
For anything not permitted by the above licence then you should contact the publisher first to obtain permission.

For a better recording, please listen to the MP3 file (made using virtual Drumline 2.5).

Reviews of Dance of the Storms - II. Interlude