"Puppets" for Flute and Bassoon 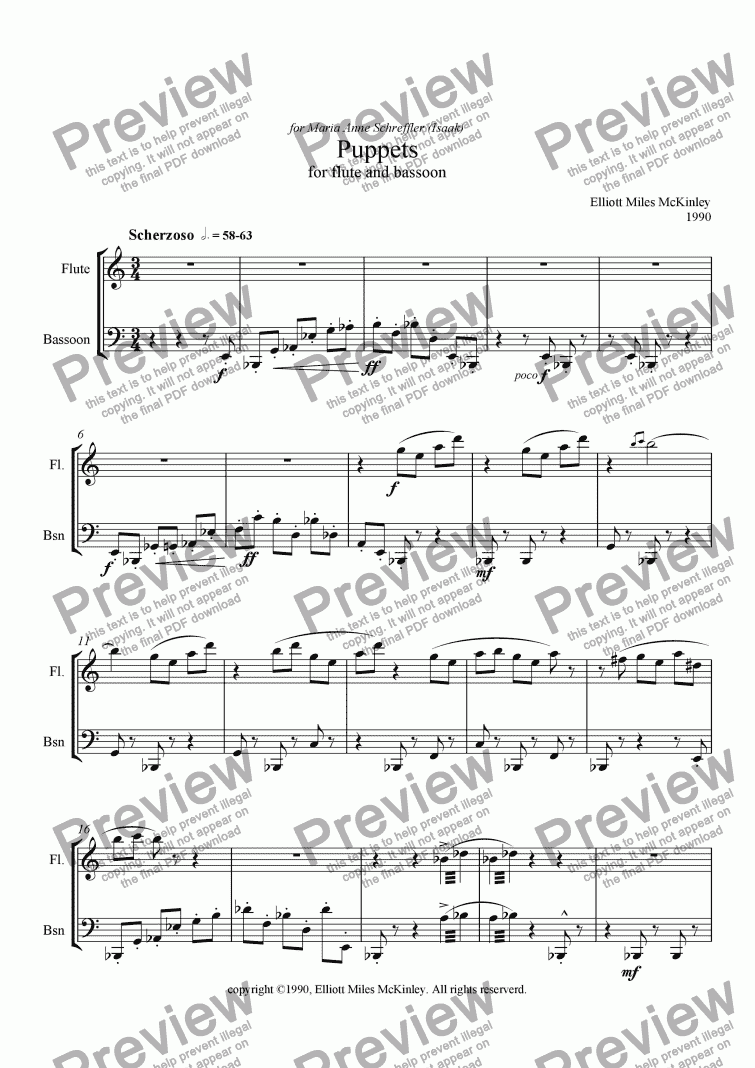 "Puppets" is a short and challenging duet for flute and bassoon. It was composed one evening in September 1990 at the request of a schoolmate, dear friend, and bassoonist (Maria Schreffer) from the New England Conservatory of Music. The work was originally conceived as a duet for oboe and bassoon but later I decided, and with good reason, that the flute was much more suited to the music than oboe. "Puppets" was premiered on November 12, 1990 at New England Conservatory's Jordan Hall in Boston and has subsequently been performed many times.

In order to submit this score to ScoreExchange.com Elliott Miles McKinley has declared that they own the copyright to this work in its entirety or that they have been granted permission from the copyright holder to use their work. If you believe that this score should be not available here because it infringes your or someone elses copyright, please report this score using the copyright abuse form.

Reviews of "Puppets" for Flute and Bassoon