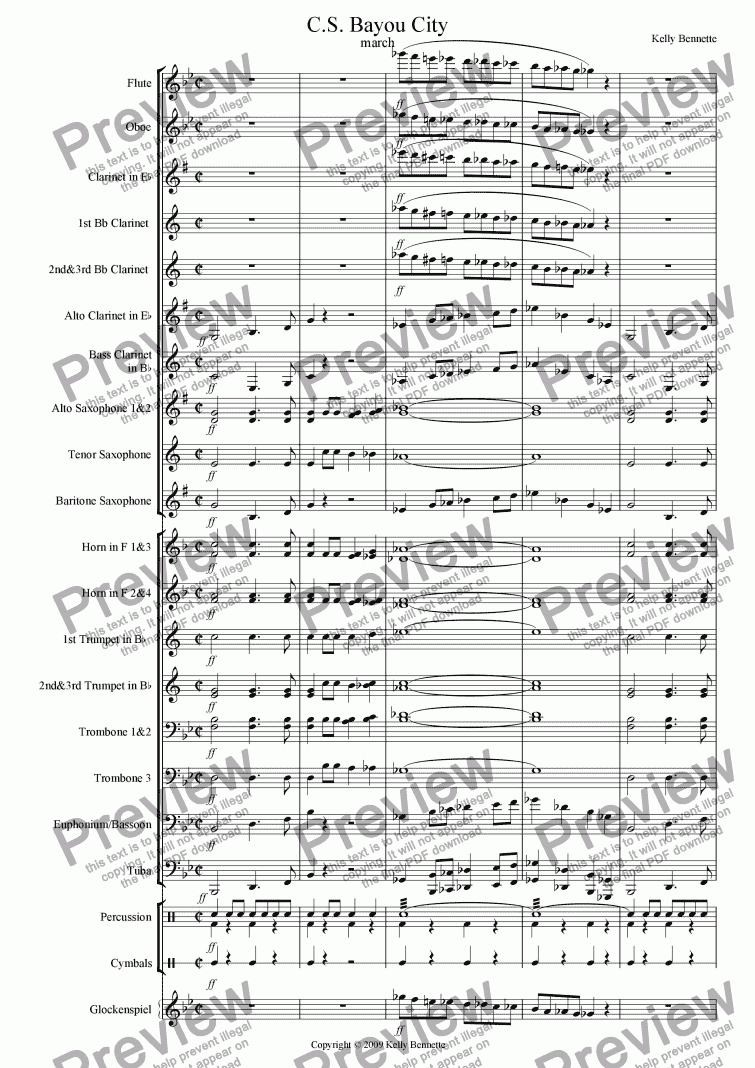 C.S. Bayou City is my 39th march. The upper woodwind parts are challenging and the others are fairly moderate. The C.S Bayou City was a 165 foot Confederate Gunboat originally used by the Texas Marine Department. In 1863 The Bayou City and the Tugboat Neptune engaged six Union ships at Galveston Island. The Neptune was sunk, leaving the Bayou City all by herself. By the end of the Battle of Galveston, the Bayou City had sunk the USS Westfield, captured and boarded the USS Harriet Lane and sent the other four Union ships running.

In order to submit this score to ScoreExchange.com Kelly Bennette has declared that they own the copyright to this work in its entirety or that they have been granted permission from the copyright holder to use their work. If you believe that this score should be not available here because it infringes your or someone elses copyright, please report this score using the copyright abuse form.