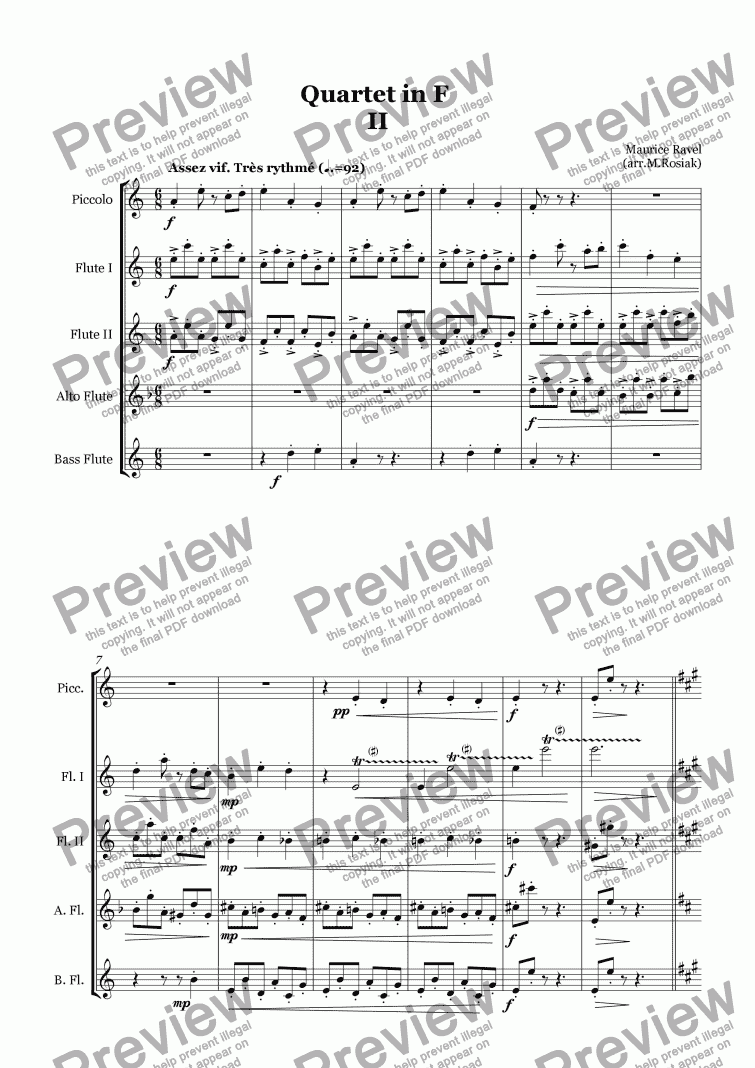 2nd movement of the Ravel's string quartet in F. The Quartet in F major was Ravel's final submission to the Prix de Rome and the Conservatoire de Paris. The composition was rejected by both institutions soon after its premier on March 5, 1904. The quartet received mixed reviews from the Parisian press and local academia. Gabriel Faur�, to whom the work is dedicated, described the last movement as �stunted, badly balanced, in fact a failure.� Ravel himself commented on the work, �My Quartet in F major responds to a desire for musical construction, which undoubtedly is inadequately realized but which emerges much more clearly than in my preceding compositions.� As a result of major criticism and rejection, a frustrated Ravel left the Conservatoire in 1905 following what was later called the Ravel Affair.

In order to submit this score to ScoreExchange.com Michal Rosiak has declared that they own the copyright to this work in its entirety or that they have been granted permission from the copyright holder to use their work. If you believe that this score should be not available here because it infringes your or someone elses copyright, please report this score using the copyright abuse form.