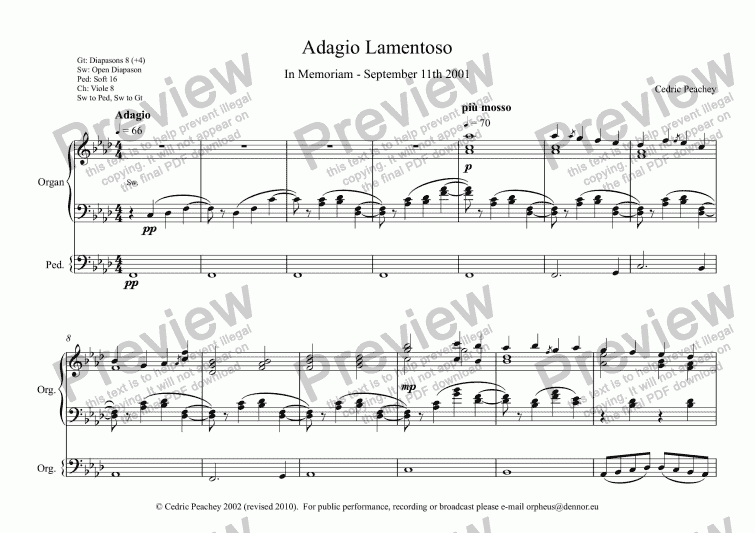 Since publishing this piece in 2002, I had the opportunity to work with Philip Bailey, an organ enthusiast par excellence, as he prepared to give the work its first public performance in November of that year.

Following that performance, I published an arrangement of Adagio Lamentoso for string orchestra and have now incorporated some of the changes I made in the arrangement in this updated version for organ. Besides the addition of a couple of bars towards the close of the work, I have altered some of the metronome markings. Philip has kindly provided suggested registrations throughout the piece, which I am happy to endorse having heard them in practice.

A second performance Philip Bailey of this work was given at a lunchtime recital on 20th May 2003 as part of the Brighton Festival, alongside pieces by Britten, Parry, Herbert Sumsion and Koichi Horie. My sincere thanks again to Philip for championing this piece. The work had two more performances in 2014 in Colchester as part of the Organ Trail Project which featured new music for the organ. 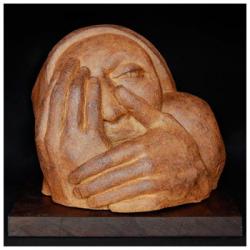