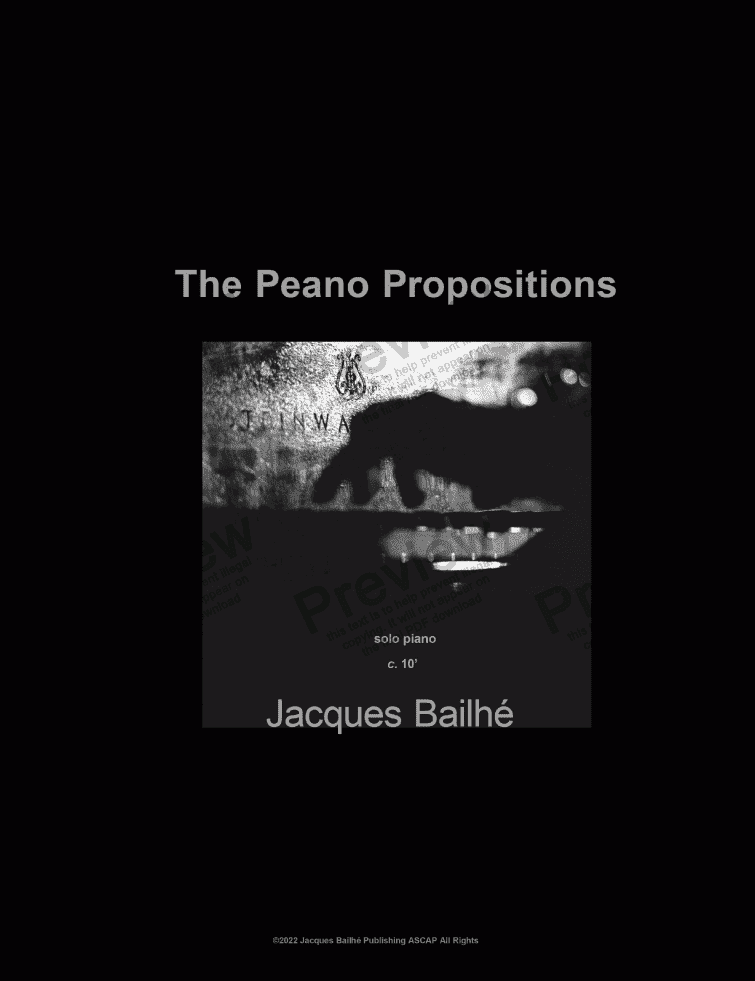 Debate has long-raged over the primacy of reason or emotion in music. Aesthetic theory is divided into two camps: emotionalism on one side, formalism and contextualism on the other. Named for the mathematician Giuseppe Peano (1858 – 1932), this piece proposes a conclusion of that debate.

Peano made outstanding contributions to the fields of logic and mathematics. Among them, the standard set of axioms describing the phenomena of natural numbers known as the Peano Axioms. Logic relies on fundamentals like "subject" and "negation" to make sense, but also and significantly, on structural elements of form, for example, proposition, argument, and conclusion. Music is more than similar. It makes sense by using fundamentals like melody, harmony, and rhythm, and formal structures like exposition, development, and recapitulation.

Logic is built to express reason, and music—most of it anyway—expresses emotion, but words used in logic, like "negation," carry emotional meaning and music, like logic, must make sense. Inherently, there is powerful reason in emotion. We may fall in love or become angry based on an illogical fallacy, but that is nevertheless, the reason for our feeling. Conversely, and despite our fantasy of being capable of emotionless reason, there is powerful emotion in reason. And so often, reason and logic are overtaken, if not obliterated by the far more powerful phenomenon of emotion. We would like to think we're guided by reason, but pit reason against emotion and emotion wins every time.

In place of the usual emotional expressions used in scores to guide performance, like "con calore" (with fervor), this score uses terms of logic like "conclusion." The conclusion to this piece begins with an expression that is both emotional and logical, "Shut up and dance," which is intended to be played in the style heard in sweaty Cuban nightclubs where piano players often have hands too big to fit the keys and emotions too big to be bound by reason.

In order to submit this score to ScoreExchange.com Jacques Bailhé has declared that they own the copyright to this work in its entirety or that they have been granted permission from the copyright holder to use their work. If you believe that this score should be not available here because it infringes your or someone elses copyright, please report this score using the copyright abuse form. 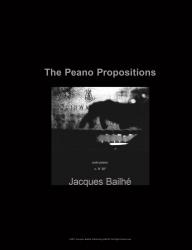 Reviews of The Peano Propositions