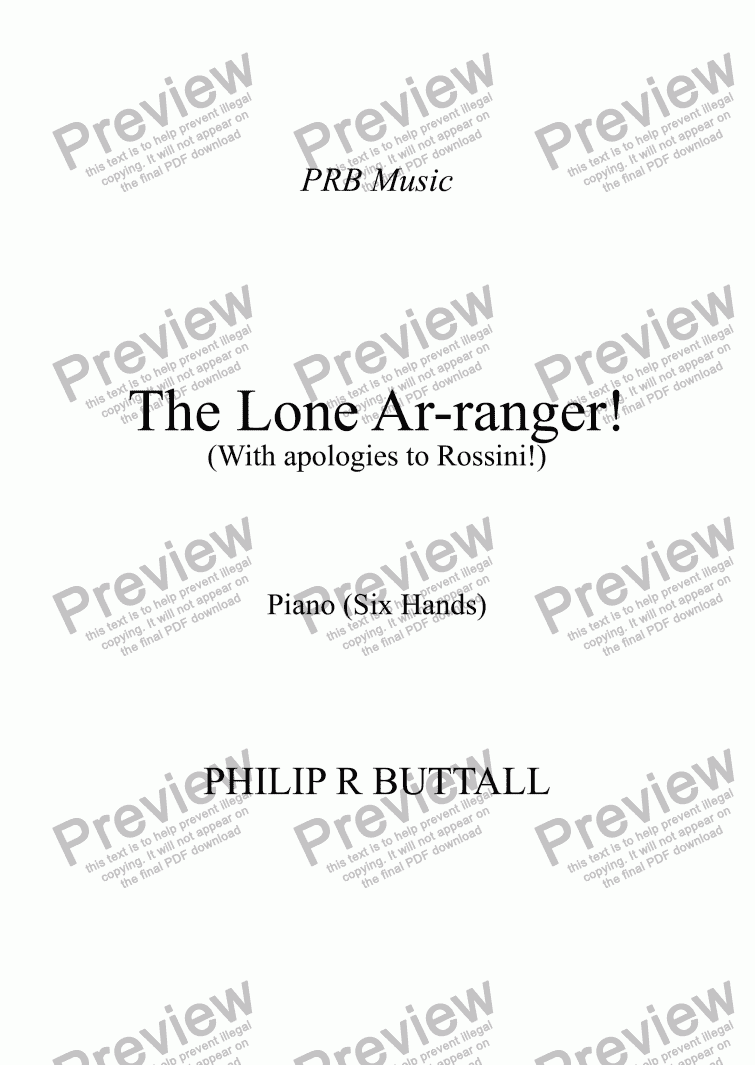 The Lone Ar-ranger! has proved pretty popular, since its original version for piano duet.
Since then I have regularly been asked to come up with specific versions, often ’to order’, as is the case with the present one, for three players on one piano.
In making this verison, there was always the temptation simply to take the existing versions for piano duet / two pianos, and re-distribute the parts between the six hands. However, I have basically extended the ’duet’ version, thickening the harmonies, adding some more inner-melodies, though without actually changing the fabric itself.
It is intended for three experienced players, who are all very competent in themselves, but who also can manage to keep out of their partners’ way - especially the ’piggy’ in the middle!
It could be a companion piece for my other work for piano, six hands - Three’s Company! March (Novelty Trio), which is, of course, a great deal easier, and especially for the top player!

I have transposed this version from the original key of E major up into G, as this might sit a shade more comfortably with three less advanced players. 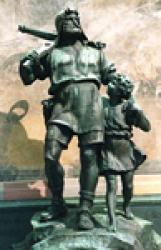