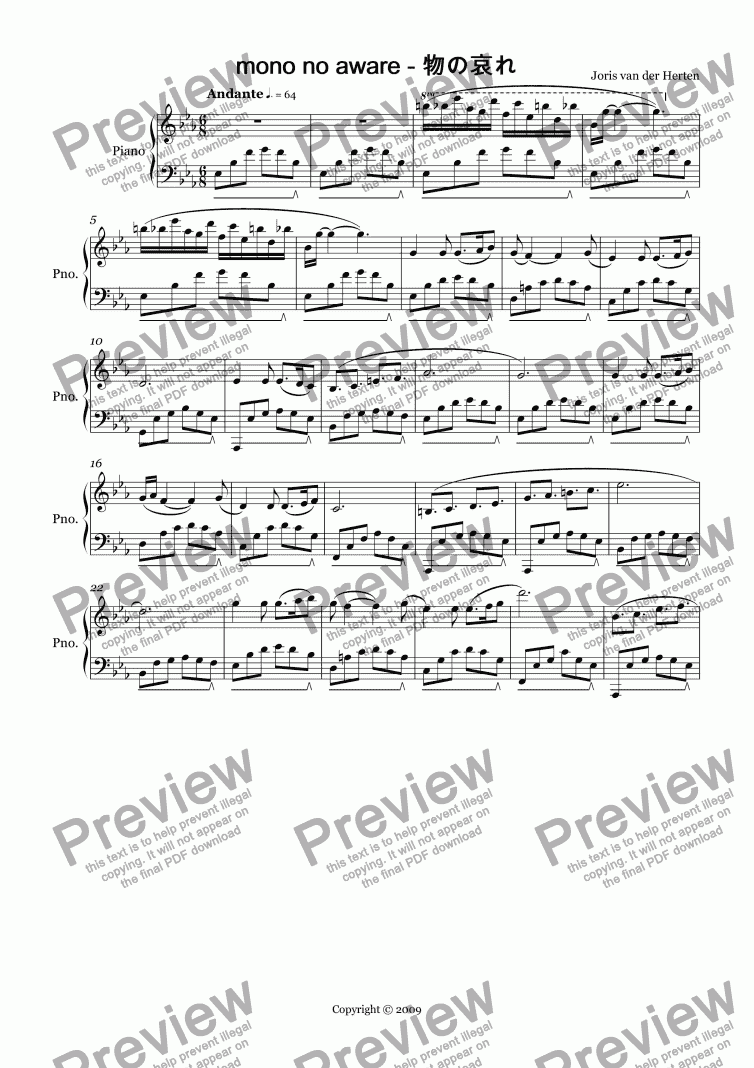 Mono no aware (&#29289;&#12398;&#21696;&#12428;, lit. "the pathos of things"), also translated as "an empathy toward things," or "a sensitivity of ephemera," is a Japanese term used to describe the awareness of mujo or the transience of things and a bittersweet sadness at their passing. The term was coined in the eighteenth century by the Edo-period Japanese cultural scholar Motoori Norinaga, and was originally a concept used in his literary criticism of The Tale of Genji, and later applied to other seminal Japanese works including the Man’y&#333;sh&#363;, becoming central to his philosophy of literature, and eventually to Japanese cultural tradition.

The word is derived from the Japanese word mono, which means "things" and aware, which was a Heian period expression of measured surprise (similar to "ah" or "oh"), translating roughly as "pathos," "poignancy," "deep feeling," or "sensitivity." Thus, mono no aware has frequently been translated as "the ’ahh-ness’ of things." In his criticism of The Tale of Genji, Motoori noted that mono no aware is the crucial emotion that moves readers.