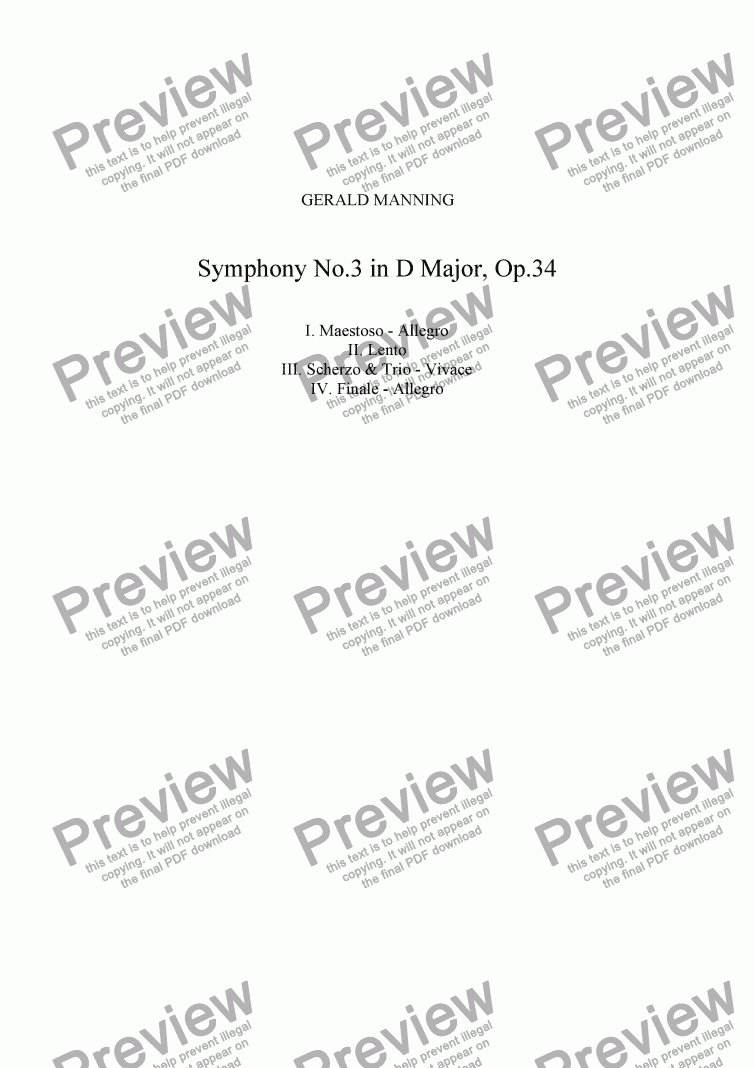 Preliminary sketches for the third Symphony in D Major, Op. 34 commenced on Christmas Day 2008 and the work was completed on the 15th March 2009. Although the tonality is predominantly in the key of D major nevertheless I have utilized the tonic chord of D major as a key sequence for the outer movements, with the exception of the second movement which is composed in F minor rather than the more traditional F sharp minor, which is the conventionally related key to A major, and therefore constitutes the key of the third movement Scherzo. The Finale fourth movement returns to the home key of D Major. Unlike the �Sancti Benedicti� second Symphony in C Minor, Op.28 the work is scored purely for instrumental forces using a moderately large orchestral canvas. 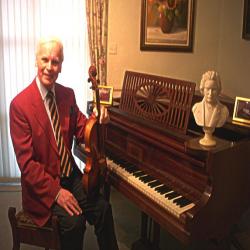