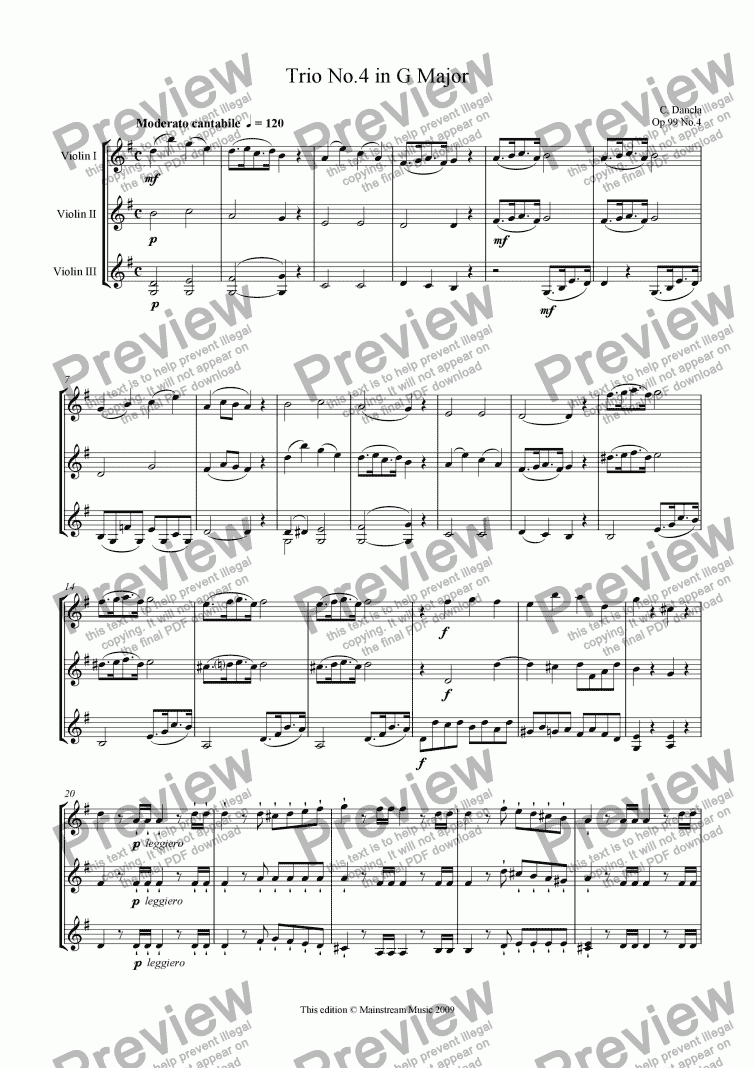 When Dancla was nine years old the violinist Pierre Rode in Bordeaux heard his music; he was so impressed that he sent a recommendation letter to Pierre Baillot, Luigi Cherubini and Rodolphe Kreutzer. Thus Dancla became pupil to Paris conservatoires with Baillot for violin and with the opera composer Fromental Hal�vy for composition. He was strongly shaped by Niccol� Paganini, who experienced him in 1830, as well as by Henri Vieuxtemps. From 1835 onward Dancla was solo violinist in that Paris opera, and shortly thereafter he became concert master. In the year 1857 he was made a Professor to Paris conservatoires, where he was a successful teacher for over 35 years.

His two brothers were Arnaud Dancla (1819-1862), Cellist and author of a considerable cello teaching method, and Leopold Dancla (1822-1895), Violinist and composer of chamber music. 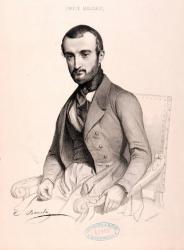 Reviews of Trio No.4 in G Major - Violin