Pathétique - Adagio cantabile, op. 13 No. 8, for violin and guitar Ludwig van Beethoven’s Piano Sonata No. 8 in C minor, op. 13, commonly known as Pathétique, was published in 1799, though written the year before, when the composer was 28 years old. Beethoven dedicated the work to his friend Prince Karl von Lichnowsky. Although commonly thought to be one of the few works to be named by the composer himself, it was actually named by the publisher, who was impressed by the sonata’s tragic sonorities, to Beethoven’s liking. The Pathétique Sonata is perhaps the earliest of Beethoven’s compositions to achieve widespread and enduring popularity. It is widely represented on the concert programs and recordings of professional pianists. Beethoven’s Pathetique still remains one of his most popular sonatas even 200 years after its composition. 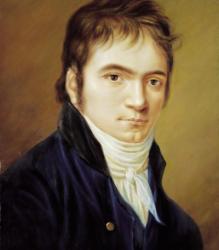 Reviews of Pathétique - Adagio cantabile, op. 13 No. 8, for violin and guitar