The Caisson Song (Over hill, over dale) WW Quintet 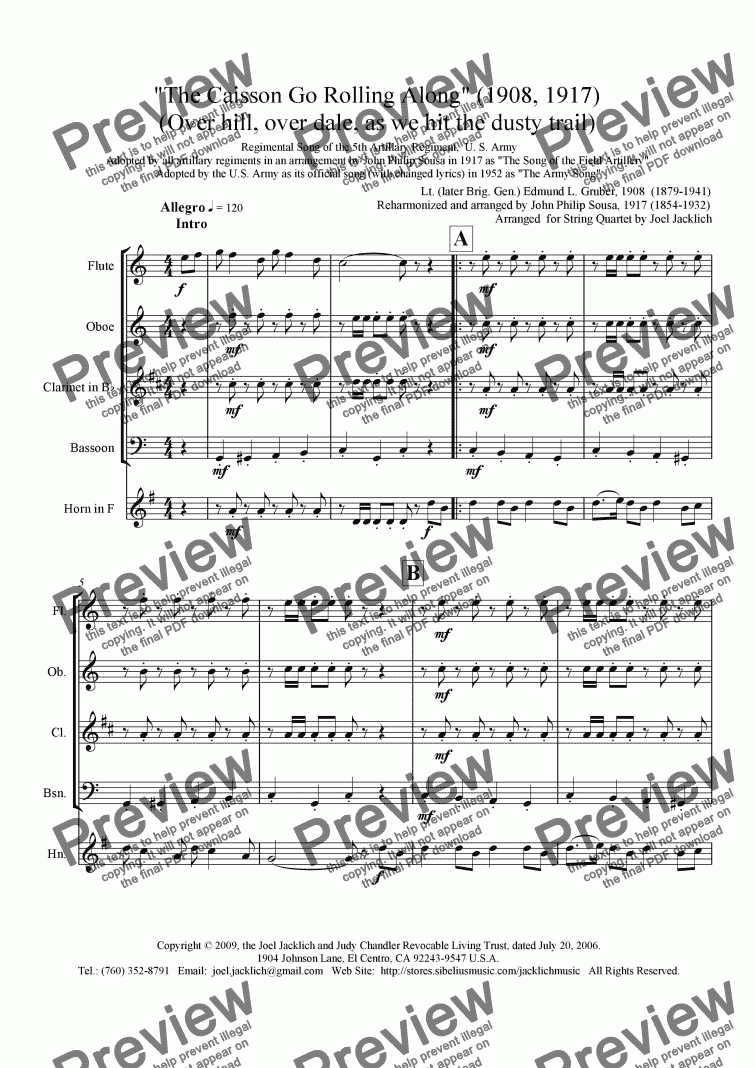 "The Caisson Song" (1908) by (then) Lt. (later Brig. Gen.) Edmund Louis Gruber (1879-1941), was reharmonized and arranged for band by John Philip Sousa in 1917 as "The Field Artillery Song" and copyrighted at that time by Carl Fischer. Sousa’s 1917 arrangement was made as though it were a composition from the Civil War era by an anonymous composer. Years later E.L. Gruber tried to sue for copyright infringement; however, the courts ruled against him saying that he had waited too long to file his petition, and that the copyright for the Sousa’s arrangement was legally Sousa’s. This arrangement by Joel Jacklich, made from Sousa’s original (public domain) band arrangement is here presented for woodwind quintet.

Reviews of The Caisson Song (Over hill, over dale) WW Quintet