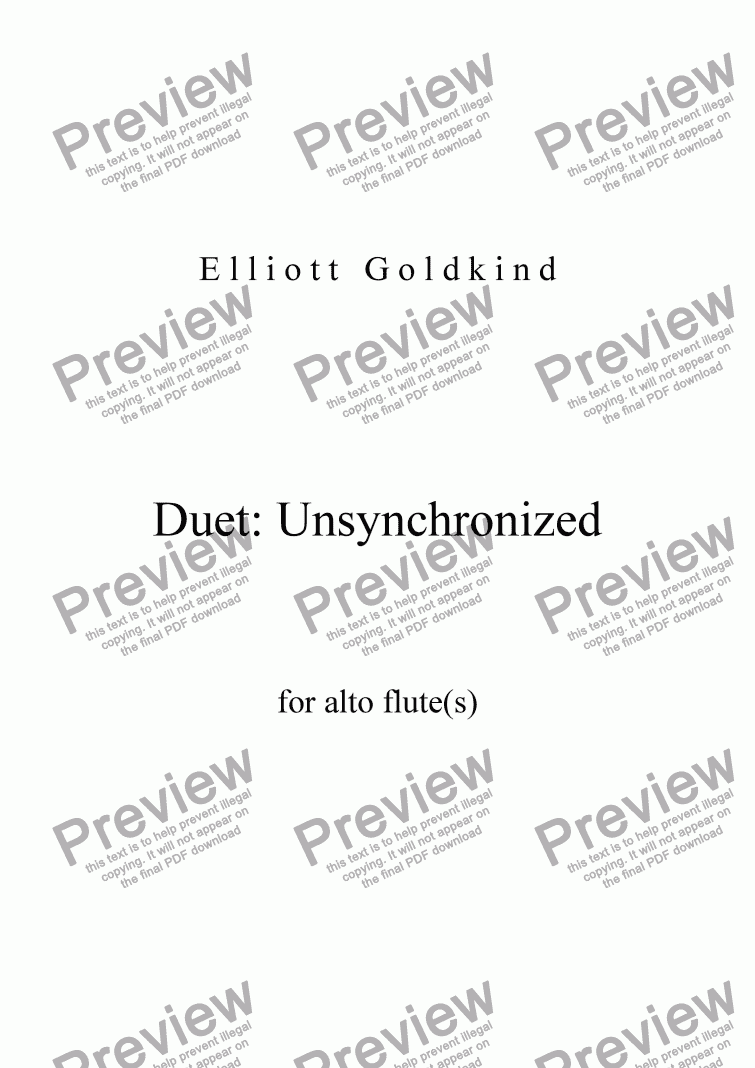 This piece was written for a single player with pre-recorded music, but it can also be played by two players.

Regardless of the number of players, the music is played in the following order:

"Flute 2" played live, accompanied by either a recording of "Flute 1" or with a second player playing "Flute 2" while the first player plays "Flute 1". In the case of 2 players, they can decide amongst themselves who plays which part.

Because "Flute 2" is longer than "Flute 1," the composition ends with "Flute 2" played solo, i.e., the recording/played restatement of "Flute 1" will end before "Flute 2"

Each piece is played independently. Care should be taken to follow the prescribed tempi but there is no precise coordination of the two parts.

In order to submit this score to ScoreExchange.com Elliott Goldkind has declared that they own the copyright to this work in its entirety or that they have been granted permission from the copyright holder to use their work. If you believe that this score should be not available here because it infringes your or someone elses copyright, please report this score using the copyright abuse form.

Reviews of Duet: Unsynchronized for Flute(s)