SHADOWS IN LIGHT for Viola & Harp 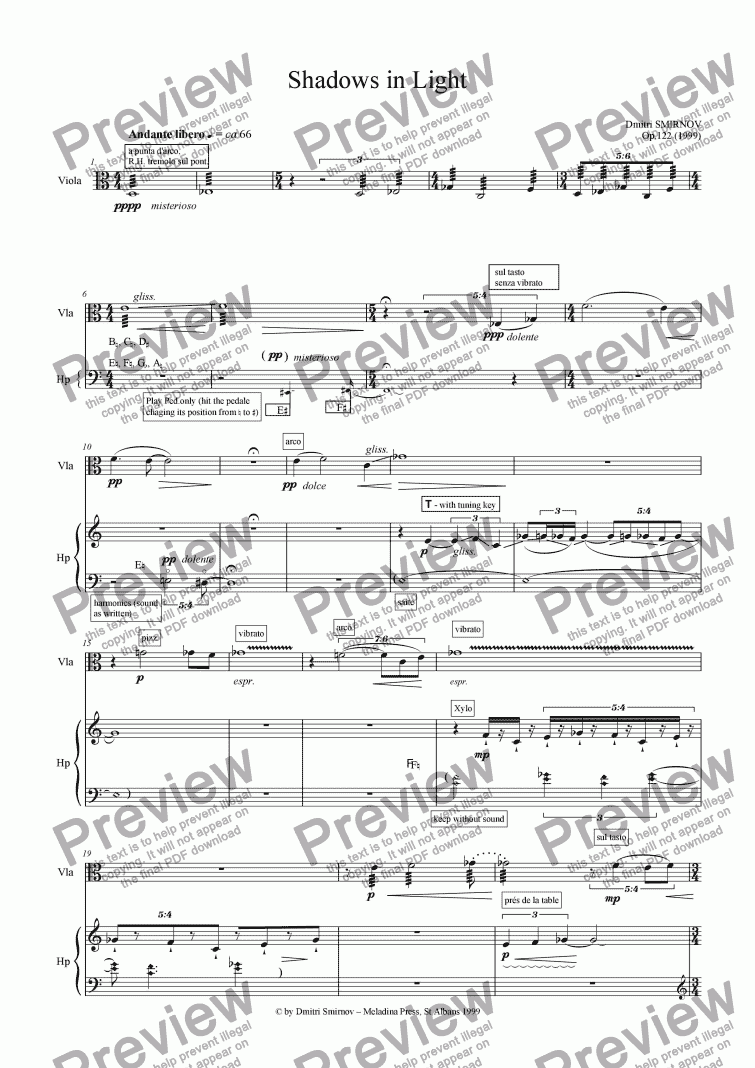 SHADOWS IN LIGHT for viola and harp Op.122 (1999). Two friends of mine who emigrated and settled in California continued play my music, asking me from time to time to write a new piece for them. At the time I was reading the book by Vassily Kandinski on the idea of light and shadows in painting, and it influenced the title and character of the piece. Sergey Rakitchenkov and Olga Ortenberg premieredthe piece on 20th of April 2001 at Old First Church, San Francisco. At about the same time I was asked by the Pyramide ensemble for a piece for 6 players. I found the idea of recomposing my duo piece SHADOWS IN LIGHT instead of writing a new one intriguing. The music in the new version (Op.122a) is the same, but the instrumentation is quite different (flute, oboe, harp and string trio) and the texture is much more elaborated. Ensemble Pyramide premiered it on 26th January 2001 at Helferei Grossm?nster, Z?rich. (Available on MRCD026).

Reviews of SHADOWS IN LIGHT for Viola & Harp