DUET IN F (In Thanksgiving) 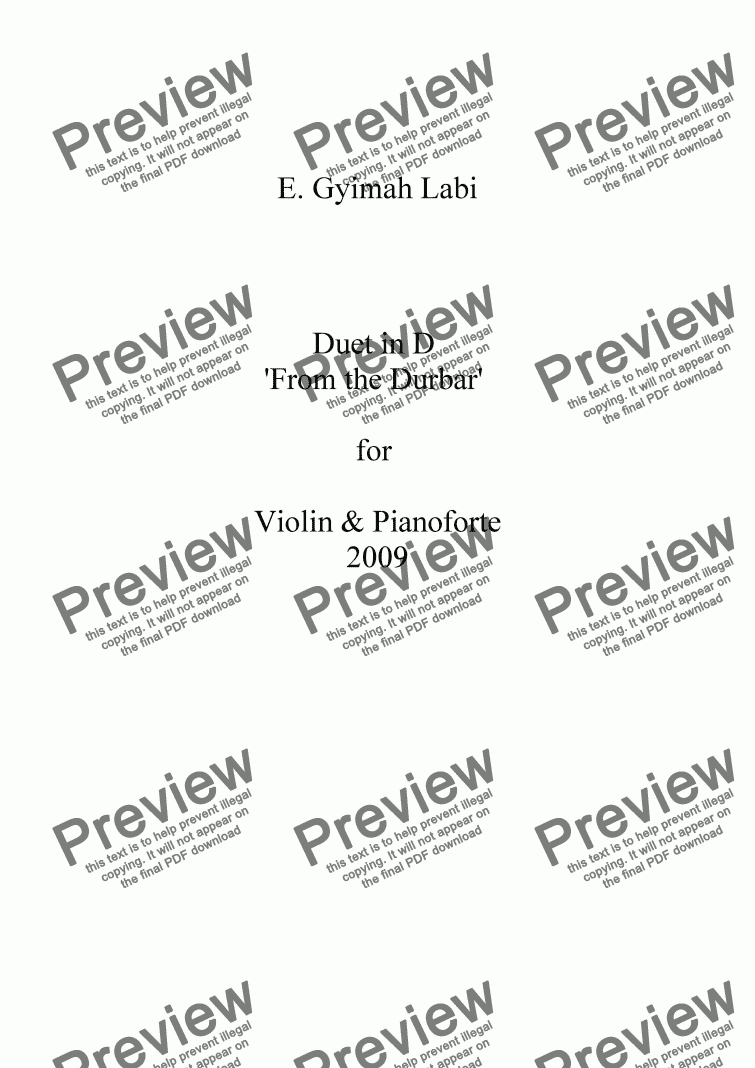 Duet No. 1 in A , ’Reflections of Youth’ (1975, Rev’d December 2009) Duet No. 2 in F, ’Aseda’ (In Thanksgiving) for Violin & Pianoforte (1976, September 2009) Duet No. 3 in D ’From the Durbar’ for Violin & Pianoforte (1976, and October 2009) The three Duets for Violin and Pianoforte are revisions of three older duets written between 1973 and 1976 before my travel to the United States in 1977for graduate studies that would suite the intermediate to the advanced player. This exercise was done during the months of Sepember/December 2009 in Seattle. In these pieces, there is the attempt to capture the African melodic, harmonic and rhythmic musical thought processes. Western musical sound ideal would be essenially expressed as ’sound in motion,’ while that of African music would be the reverse - ’motion in sound.’ My acculturation therefore has consisted of the mastery of these seemingly diamerically opposed aesthetic positions that generally underpin my compositions. From a formal stand point, the duets are architecturally structured - perhaps, from hind sight, following the same logic found in the sonata form but where the reprise would have special elements that make the return welcome the second time round. The melodic outlines reflect the African singing mannerisms - depicting tertian and quartal generations of motion - with built-in sighs at some places, a phenomenon that is a characteristic feature of the tonal African languages or dialects. the harmonic structures are also similarly derived. Dur. 11:00 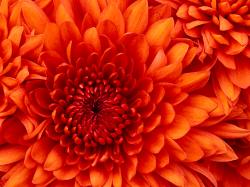 Reviews of DUET IN F (In Thanksgiving)