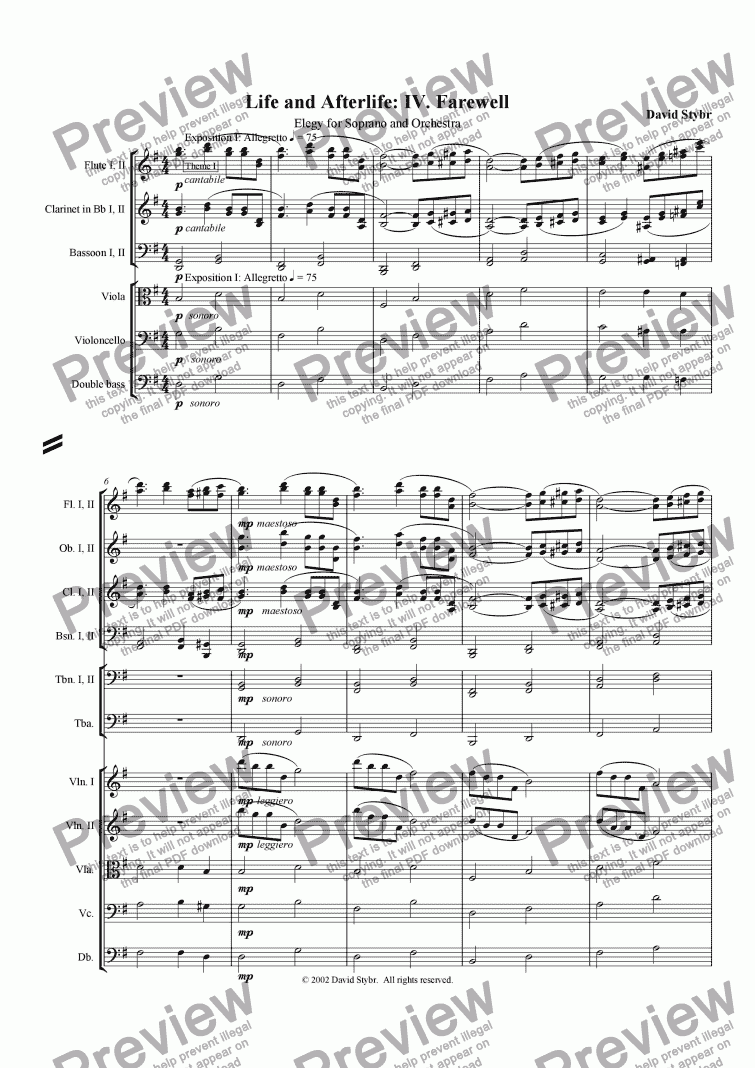 Note: This score is at sounding pitch.

Commentary by Left Brain vs. Right Brain. RB: "This 4th and final movement of my song cycle was composed in December 2001 on the Garden Island of Kauai, perhaps the most beautiful in the entire Aloha State of Hawaii. How's about you tell us its musical and geographical history?" LB: "My music is often trithematic, with an Exposition in which the 3rd theme generally emerges out of the previous 2. Development and growth continue throughout the entire work. For example, Theme II grows from an ascending phrase in Theme I. Most surprising in retrospect, Theme III is based on an inversion of the 1st phrase of Theme II, plus the 2nd phrase of Theme I. Originally my lyrical cantabile Theme III was slated for development, however it proved to be the result, not the source, of development. The central Development section deals with Theme I and the quasi-Baroque accompaniment of Theme III. Twice it also briefly recalls the main theme of the 1st movement of this song cycle. After a varied Recapitulation of themes, the work ends with a serene Coda." RB: "It's tonal music, but some phrases modulate into distant keys almost from bar to bar. After episodes in G Minor, B-Flat Major and B Minor, the piece shifts to D Major, but concludes in a radiant G Major. The woodwinds and brass are big players. Strings are important, but theirs is mostly a supporting r?le, with plenty of long resonant chords. The episodes for string quintet and wind quintet are nice touches."