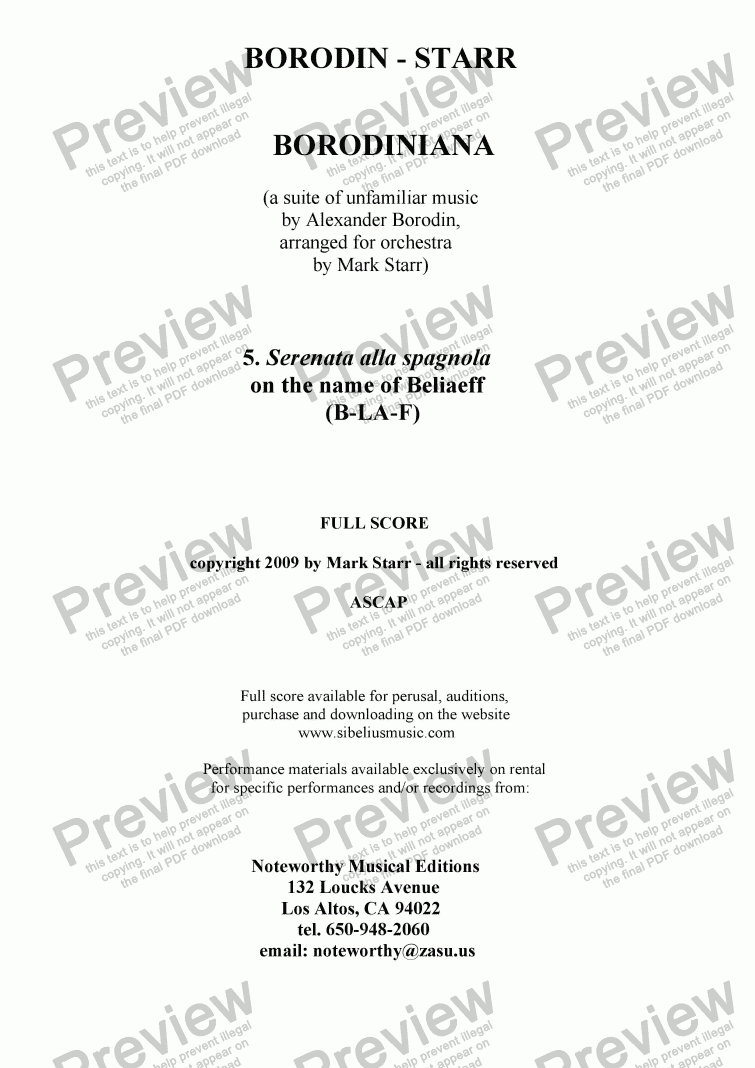 The Serenata alla spagnola is the fifth movement of my orchestral suite, Borodiniana. Here is a remarkable miniature that Borodin composed in homage to his philanthropist music publisher and benefactor, Mitrofan Belyayev (usually mis-transliterated as Belaieff.) Originally, it was the third movement of a collaborative string quartet offered as a 50th birthday tribute to the music publisher by four of Belyavev’s composers (and friends.) The first movement was composed by Nikolai Rimsky-Korsakov; the second by Anatoly Liadov; and the fourth by Alexander Glazunov. The germinal motive for the these in all four movements were the three notes B-A-F, which spells the publishers name (B-la-ef.) Borodin’s short third movement is one of the great – and most succinct – portraits of a noted personality in music. His noble theme consists of six notes: B-LA-F repeated twice, with the F up an octave the second time. The theme is repeated until the end. It becomes surrounded by swirls of exotic music of the kind of Russian works that Belyayev published, such as Rimsky’s Scheharazade, Borodin’s Second Symphony, and Liadov’s Enchanted Lake. In my orchestration, I have given the noble B-LA-F theme to each of the solo instruments in the orchestra, giving them an oppotunity to give a tip-of-the-hat to the publisher, who by his generosity and commitment to Russian music, so greatly enriched the standard musical repertiore. Browsers interested in the background of this piece should consult the historical essay that appears before the music. This essay is accessible with Scorch’s page arrows. 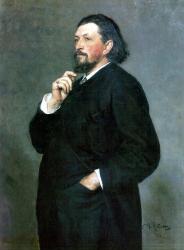 Reviews of BORODIN - STARR; BORODINIANA, suite for orchestra; 5 (of 6). Serenata alla spagnola on the name Belaieff