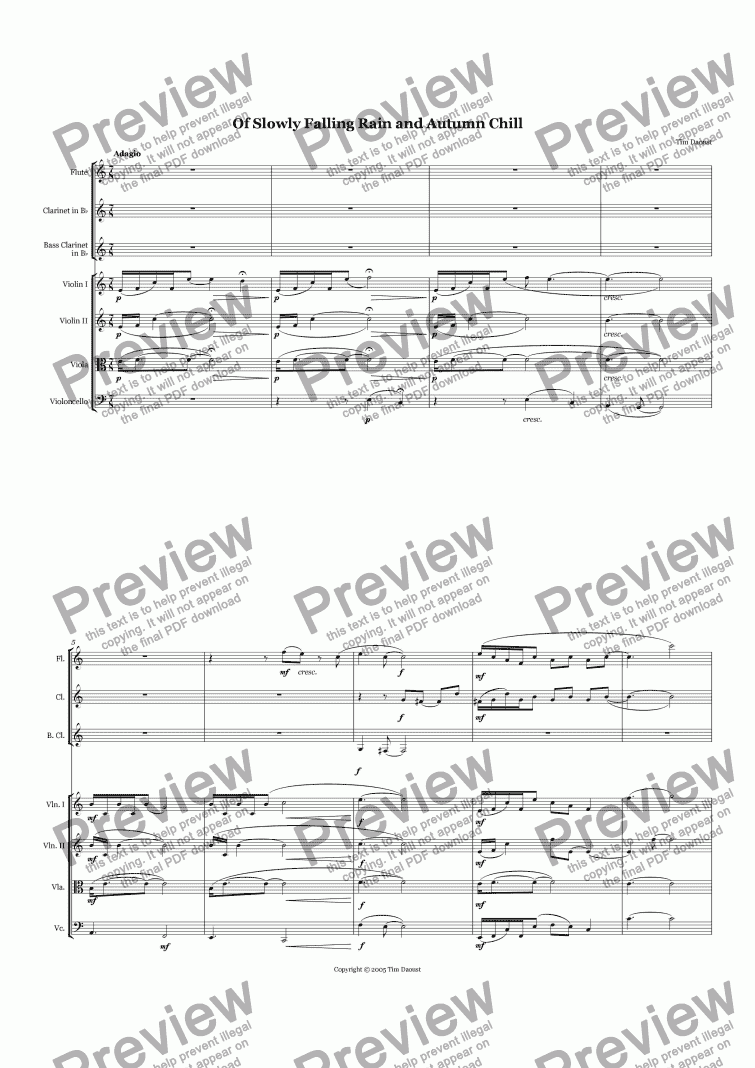 The piece began as a compositional exercise where every melodic interval was based on the number seven (either a major or minor seventh or its inverse a major or minor second, or a fifth which is seven semitones and its inverse of a fourth, the latter were used less). From this exercise, I developed the melodies that drove the creation and development of this piece. After choosing seven instruments and a 7/8 meter, I abandoned the idea of writing the entire piece with only the number seven in mind, as it was too limiting. Instead, I went where the mood of the opening melody led me. It reminds me of cold autumn days spend indoors escaping the rain and chill winds. My aim was to create a fantasia on that theme.

In order to submit this score to ScoreExchange.com Tim Daoust has declared that they own the copyright to this work in its entirety or that they have been granted permission from the copyright holder to use their work. If you believe that this score should be not available here because it infringes your or someone elses copyright, please report this score using the copyright abuse form.

Reviews of Of Slowly Falling Rain and Autumn Chill