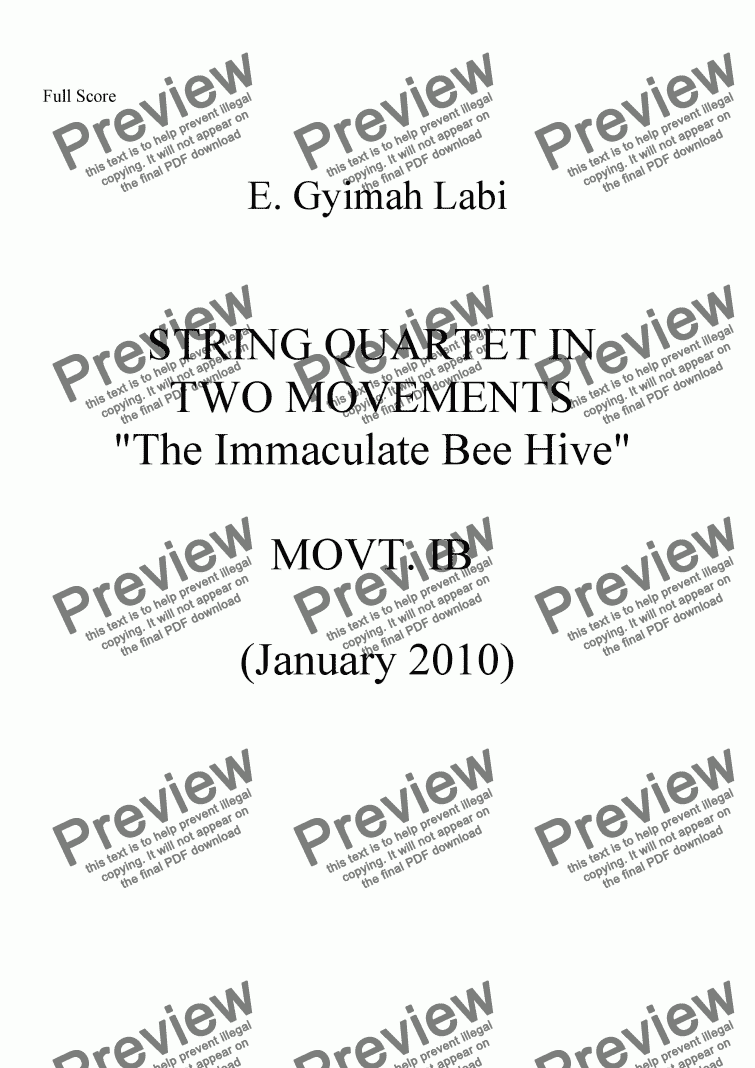 Program Notes String Quartet No. 1 in 2 movements "At the Immaculate Beehive" was written as part of a docket of compositions for my doctoral graduation concerts at the College-Conservatory of Music, University of Cincinnati, Ohio in 1982 a year before my actual graduation. It was based on the dodecaphonic (12-tone) principle of composition. On completion, however, I realized that all the tensions in the piece have been necessarily, a reflection of the particular rows that I had selected and could not be altered, if I were to remain faithful to the docecaphonic principle. In 1998, I decided to revise this work but this time abandoning the rigid 12-tone system in preference for pure atonality. This way I could intervene to obtain particular selected tensions that would make the overall tonal atmosphere more directly under my control. Care has therefore been taken to ensure that controlled dissonances occur between parts. In the first movement, the dissonant motions in sound have been given form by the application of contrapuntal devices. Some of the devices used here include moments of quasi-harmonic whispers in tremolo, impressions of sequential projections with the opposite polarity of illusive aleatorism. In the second, an introductory largo prepares and concludes the main body of activity. Moments of dynamic rhythmic interplay provide interest and contrast to the essentially contrapuntal atmosphere. This counterpoint is further enhanced as certain cellular motives assume the function of invariance and are uttered by the various voices in turn. Multiple stops in the form of juxtaposed quartal, quintal and secondal sonorities add bite to the overall dissonance. Drama is created as sequential projections exploit the upper registers of the strings tessitura, with periodic bursts of repeated 3-note uttereances. The title of the piece was decided after the piece had been started. The alternating repeated 16th notes, seconds, sevenths and other leaps apart, suggested the sounds that bees make as they go about their honey making activities and particularly during moments when they have to defend their territories when disturbed. The first movement therefore reflects the quieter moments when most of the bees bundle together concentrating on the honey making process. A few bees remain floating around creating aleatoric impressions. In the second, the bees gradually wake up to a new day, and undergo the various predictable and unpredictable events that the day brings. The climax moment reflects the times that the bees get agitated to the point where their killer instincts have to be invoked. I trust that this piece is as immaculate as the beehive with its golden honey. This revised score was premiered on the 5th of May 2000 during a concert by Vancouver New Music, in collaboration with the University of British Columbia, Vancouver, in honor of Prof. Akin Euba of the University of Pittsburgh and I. My Timpani Concertino "Ancient Perspective-3" was also premiered during this concert Dr. E. Gyimah Labi Seattle, WA USA January 2010. 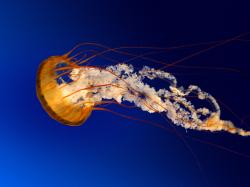 Reviews of STRING QUARTET NO.1, MOVT. 1