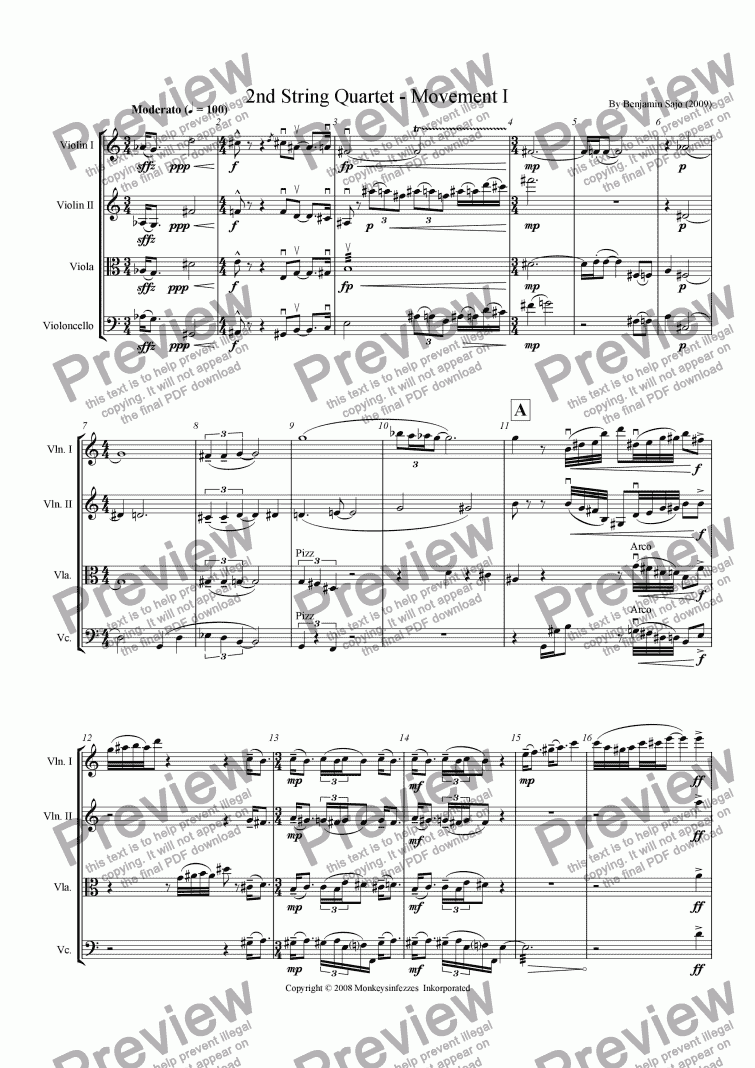 Stylistically, my second string quartet was inspired by studying the early string quartets of Bartok, especially in my usage of dissonance and tension-and-release. To organize my pitches, I’ve used various axes of symmetries and the hexatonic scale predominantly, though as the piece progresses I strayed further and further from my original intentions. Motivic cells are developed and alluded to throughout what otherwise is a through-composed fantasy. However, the climax of each movement is ideally 61.3% through, and the space between movements two and three is also at the Golden Ratio. As a piece of absolute music, the program would be determined by the listeners own imagination, but to me, the intensity of the second movement represents a memory I have from living up in the Northwest Territories in Canada, of the caribou hunt which the local Lustel K’e Dene First Nation partake in every November, over the ice in their snowmobiles. What the work may lack in extended string techniques, is better demonstrated in my third string quartet The piece’s melodic and harmonic relationships create violent tensions and tranquil consonance in a dramatic discourse.