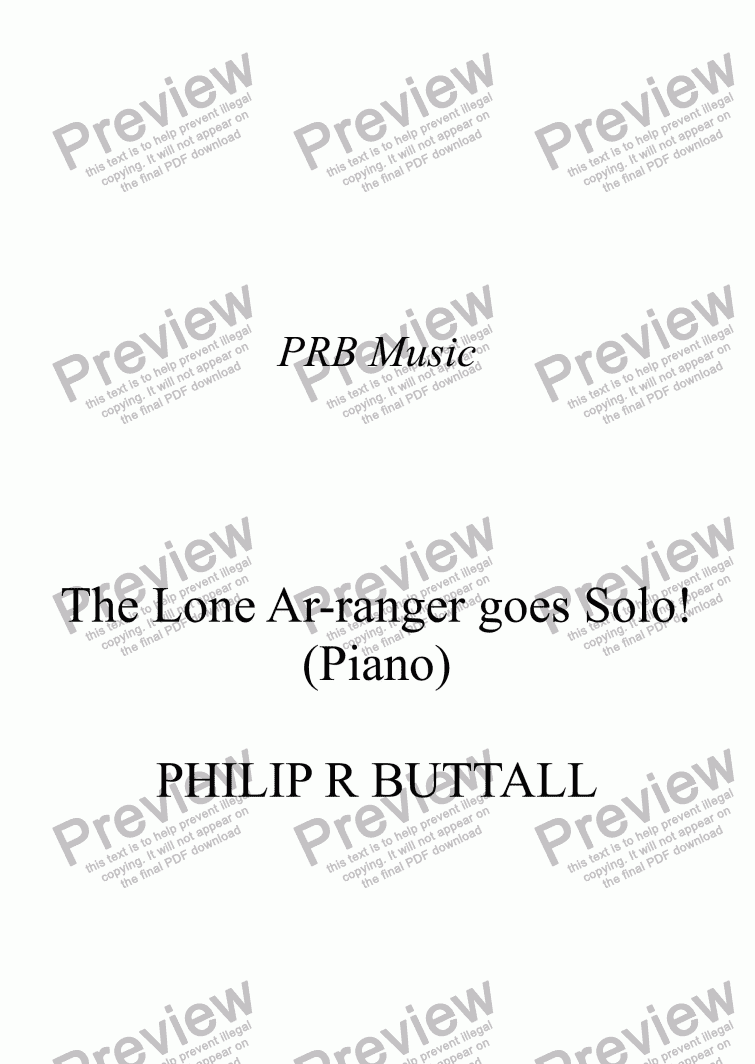 Composer
Philip R Buttall
Year of composition
2002
Lyricist
none
Publisher
PRB Music
Difficulty
Difficult (Grades 7+)
Duration
3 minutes
Genre
Classical music
License details
For anything not permitted by the above licence then you should contact the publisher first to obtain permission.

I have been so pleased with the feedback I have had from The Lone Ar-ranger! in both its original piano duo and orchestral versions. However, I have felt that there may be some pianists who would like to play the piece ’solo’, hence this arrangement. Of course, with the limitation of only two hands and one piano, the result will naturally be less exciting than when played by a full orchestra, wind or brass band!

However, we’re never too old to take on board any constructive criticisms of our work, so this solo piano version gave me the opportunity to tweak the ending slightly, hence the ’2’, and include a few new tunes where originally there was a written-out repeat, with some of the ’gags’ originally heard twice!

The very final tune, just before Rossini’s coda, does have a special relevance to this website - it does seem to provide an appropriately Karelian ’Finnish’! As for the reviews, I’ll stick with SibeliusMusic’s, thanks! After all, they’ve been there - and got the T-shirts to prove it!

Following a number of requests worldwide, I have now uploaded a special non-playing score, which lists, and identifies all the tune fragments used in The Lone Ar-ranger!
Click here for further information.