By: Trad
For: Brass band
This music is in your basket
View basket
Loading... 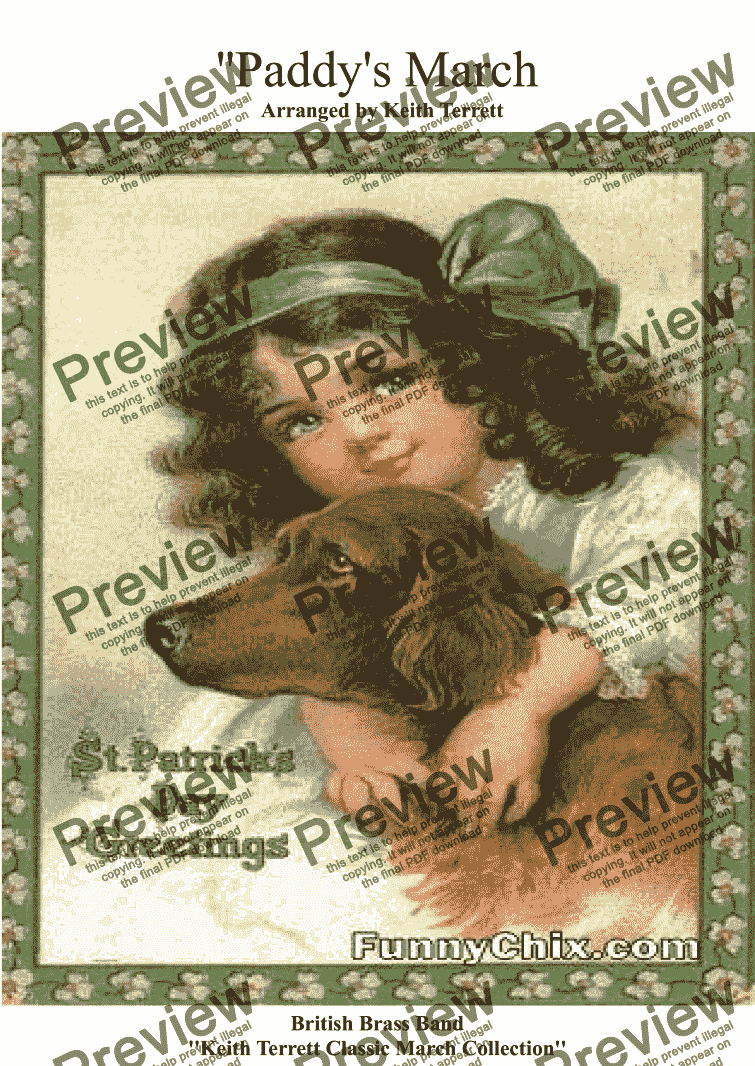 By: Trad
For: Brass band

Composer
Trad
Arranger
Keith Terrett
Publisher
Music for all Occasions
Difficulty
Moderate (Grades 4-6)
Duration
3 minutes
Genre
Classical music
License details
For anything not permitted by the above licence then you should contact the publisher first to obtain permission.

If Your'e Irish Come Into The Parlour & MacNamara's Band.

Little is known of Patrick's early life, though it is known that he was born in Roman Britain in the fourth century, into a wealthy Romano-British family. His father and grandfather were deacons in the Church. At the age of sixteen, he was kidnapped by Irish raiders and taken captive to Ireland as a slave.[1] It is believed he was held somewhere on the west coast of Ireland, possibly Mayo, but the exact location is unknown. According to his Confession, he was told by God in a dream to flee from captivity to the coast, where he would board a ship and return to Britain. Upon returning, he quickly joined the Church in Auxerre in Gaul and studied to be a priest.[citation needed]

In 432, he again said that he was called back to Ireland, though as a bishop, to Christianize the Irish from their native polytheism. Irish folklore tells that one of his teaching methods included using the shamrock to explain the Christian doctrine of the Trinity to the Irish people. After nearly thirty years of evangelism, he died on 17 March 461, and according to tradition, was buried at Downpatrick. Although there were other more successful missions to Ireland from Rome, Patrick endured as the principal champion of Irish Christianity and is held in esteem in the Irish Church.

A great march for the 17th March, a must for your Paddy's Day performance next year!

Love the melodies, and snippets of Irish tunes all snuck in!