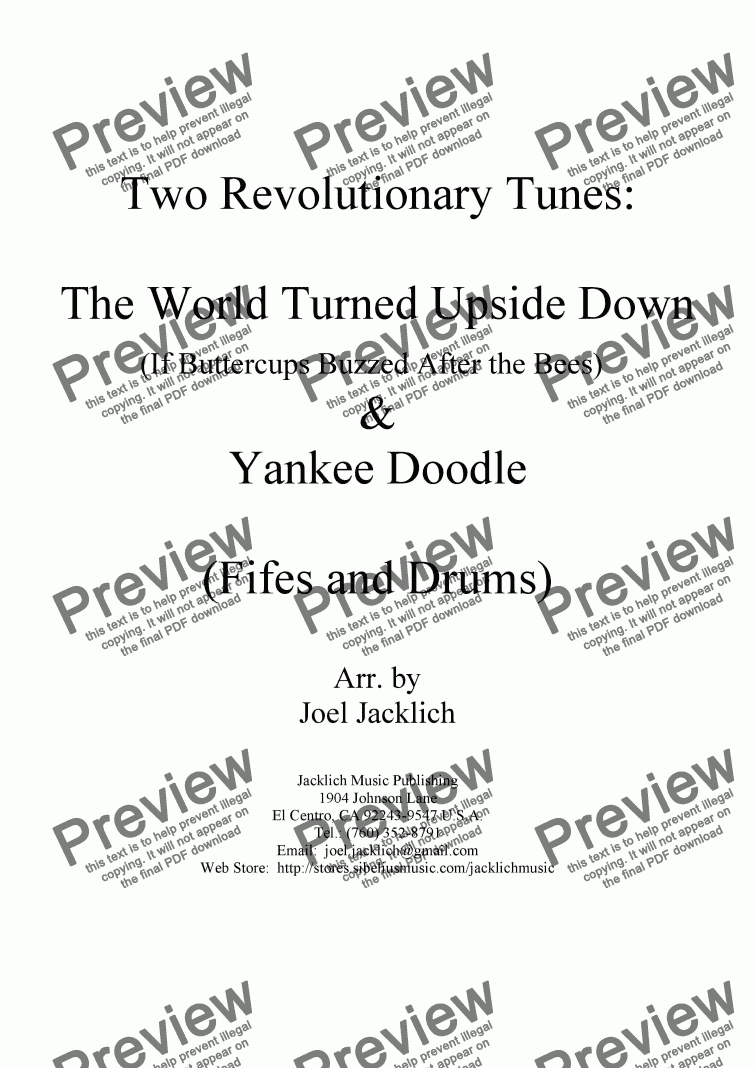 In 1828, Alexander Garden, in the second edition of his book "Anecdotes of the American Revolution," wrote that on October 19, 1781, when the British surrendered at Yorktown, they marched out to "The World Turned Upside Down," and that the Americans played "Yankee Doodle." This story has been retold and accepted by many Americans in the years since. In fact, there is little (and that, dubious), evidence that TWTU was ever played at the surrender. Also, Yankee Doodle was a popular British tune of derision about unsophisticated colonial bumpkins, and the Americans of the day certainly would not have wanted it played. American Brig. Gen Henry Knox, who accepted the British surrender on behalf of Gen. Washington, wrote to his wife that the British would NOT be allowed to uncase their colors, NOR would they be allowed to play "Yankee Doodle" (showing his own disdain for the unflattering piece). It was only in the early 19th century that the Americans adopted Yankee Doodle as their own, and with pride. But Garden’s story has lived a large life of its own, even making its way (though in error) into history books. It is still a good story, so here are the two tunes arranged for fife and drums as the MIGHT have been played, if the event had actually happened as reported forty-some years later.