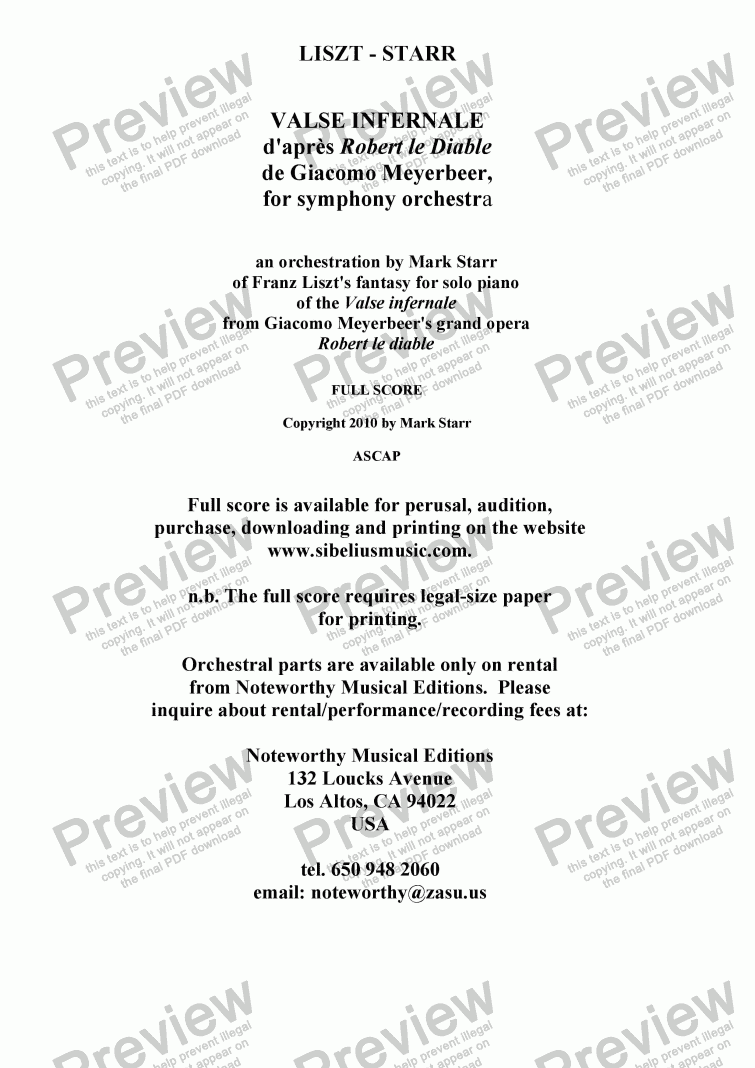 'Robert le diable' was one of the most successful and widely produced operas of the first-half of the 19th Century. It's popularity in many countries exceeded that of celebrated operas by Rossini and Weber.

'Robert le diable' was Meyerbeer's 1831 retelling of the Faust legend, 15 years before Berlioz' 'Damnation of Faust' and 28 years before Gounod's 'Faust.' With this work, Meyerbeer defined the genre of French grand opera for generations of opera composers to come.

Following Wagner's virulent anti-Semitic personal attack on Meyerbeer in the 1869 edition his essay of 'Das Judenthum in der Musik,' and the Nazi's performance ban on the music of all composers of Jewish ancestry in the 1930s and 1940s, all operas of Meyerbeer virtually disappeared from the active repertoire – 'Robert le diable,' among them. In recent years, Meyerbeer's operas have begun to make a strong comeback – with successful productions of his French operas, in particular, at the Met, the Paris Opera, the San Francisco Opera – and many other opera companies, as well.

Perhaps no greater testimony to the popularity of 'Robert le diable' in the 19th Century can be found than this fact: excerpts from this opera were transcribed into great piano fantasies by many of the leading piano virtuosi of the day – who performed them widely. Among the fantasies on Robert le diable that were published are those by pianist/composers Johann Peter Pixis, Maurice Strakosch, Adolfo Fumagalli, and Theodore Oesten.

None of these transcriptions can compare, however, with the monumental piano fantasy composed by Franz Liszt, based on the 'Valse infernale,' taken from the third act of Meyerbeer's opera. In the opera, this dance is entitled 'Coro infernale' - and it is performed by chorus and orchestra. Meyerbeer's original is considerably shorter than Liszt's fantasy (which incorporates a number of additional themes from the opera.)

Liszt performed his fantasy countless times in concerts. In the 1840s, it was one of his calling cards. But few pianists after Liszt's death have dared to play this fearsome work in public. Although Liszt's work is, technically speaking, extraordinarily difficult to play on the piano, it is not a virtuoso piano piece per se. Unlike the piano fantasies of Pixis, Strakosch, Fumagalli and Oesten, none of Liszt's writing is concerned with keyboard acrobatics or filagree. On the contrary, it is orchestral writing for they keyboard similar to the piano version of Liszt's 'Faust' Symphony – and even his celebrated 'Mephisto Waltz' (which, some pianists may be surprised to read, is an original work for orchestra called 'The Dance at the Village Inn' that Liszt subsequently transcribed for the piano.)

I have orchestrated Liszt's 'Valse infernale' in the style of the above-mentioned two large-scale orchestral works by Liszt (i.e., not for Meyerbeer's smaller opera orchestra.) The justification for this orchestration, if one is really needed, is that it is great fun.