Allegro from the Trumpet Concerto for Viola & Keyboard

By: Torreli
For: Solo Solo Viola + piano
This music is in your basket
View basket
Loading... 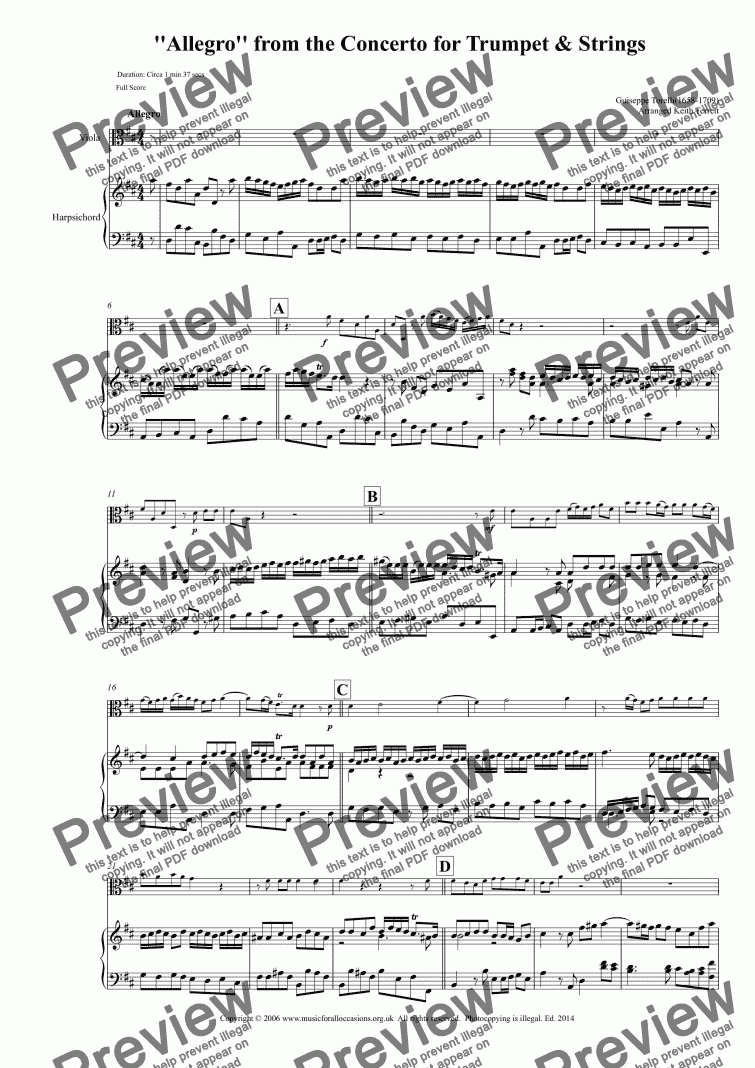 Allegro from the Trumpet Concerto for Viola & Keyboard

Composer
Torreli
Publisher
Music for all Occasions
Difficulty
Moderate (Grades 4-6)
Duration
2 minutes
Genre
Classical music
License details
For anything not permitted by the above licence then you should contact the publisher first to obtain permission.

If you are looking to add a Baroque work to your repertoire, look no further.

Torelli’s Allegro from his Trumpet Concerto offers Violists a super new transcription for their next performance.

He died in Bologna in 1709, where his manuscripts are conserved in the San Petronio archives. Giuseppe's brother, Felice Torelli, was a Bolognese painter of modest reputation, who went on to be a founding member of the Accademia Clementina. The most notable amongst Giuseppe's many pupils was Francesco Manfredini.

Reviews of Allegro from the Trumpet Concerto for Viola & Keyboard