By: Richard Eilenberg
For: Piano four hands
This music is in your basket
View basket
Loading... 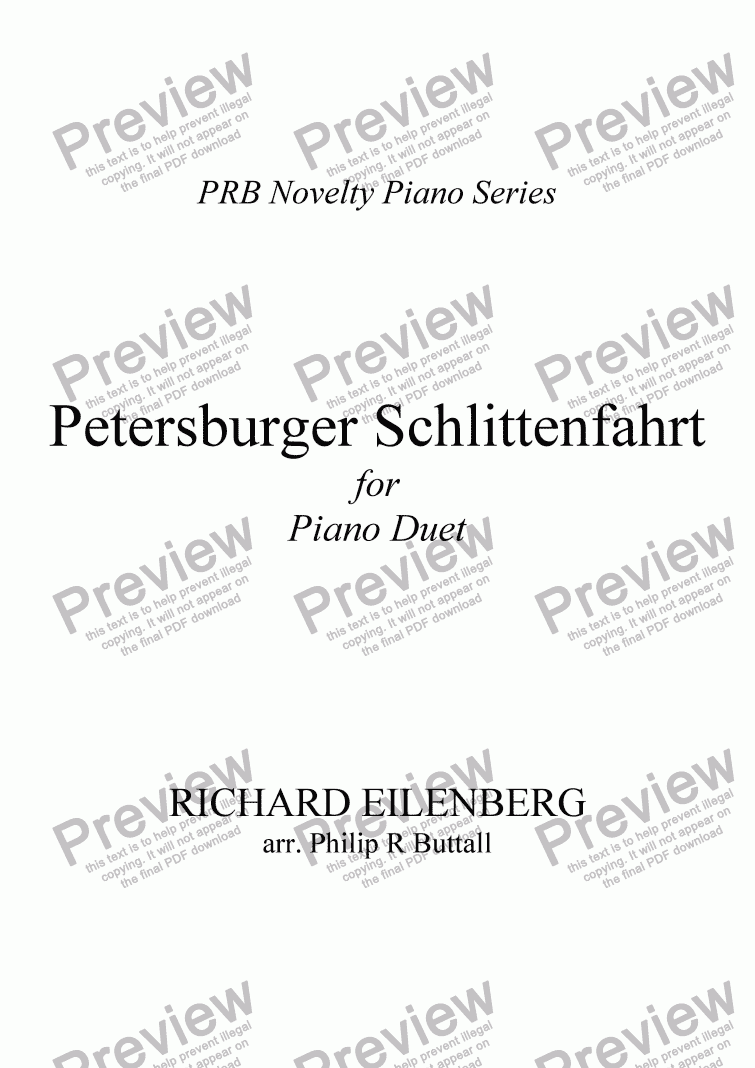 When we play it, we always repeat the penultimate section, but when I was transcribing it, I decided to add in some of my own little ideas - mainly the occasional counter-melody, which I always like in my own works.

If you just want to enjoy the original version, that’s fine - just ignore any of the small notation, or ossia bars. Otherwise you can add in my extra bits!

You should find that the score does NOT) playback! This is because I used the Sibelius 6 plug-in which re-formats a piano duet score, originally produced with the primo and secondo running parallel, into the more usual piano duet layout, with the two players on adjacent pages. Unfortunately this will not play back correctly (perhaps something for Sibelius 7?)

In order to hear the piece, I have added an MP3 file, which should give you a good enough idea!