By: Wilhelm Ganz
For: Piano four hands
This music is in your basket
View basket
Loading... 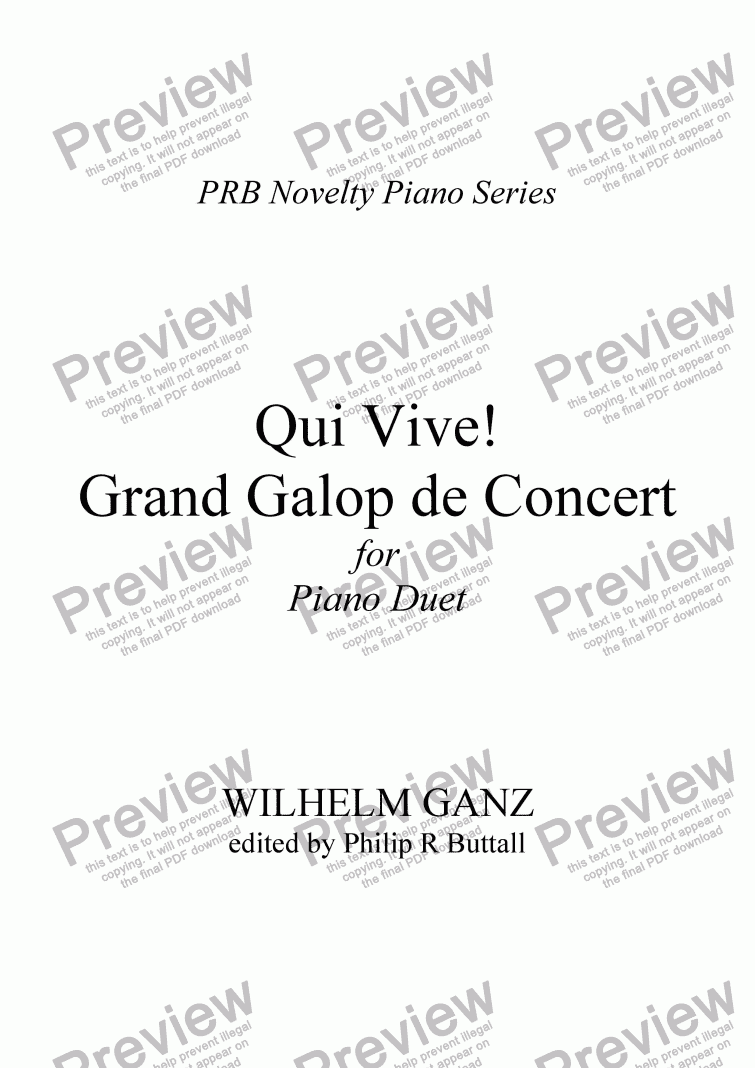 Composer
Wilhelm Ganz
Year of composition
1870
Publisher
PRB Music
Difficulty
Difficult (Grades 7+)
Duration
4 minutes
Genre
Classical music
License details
For anything not permitted by the above licence then you should contact the publisher first to obtain permission.

My piano students always love to play Richard Eilenberg’s Petersburger Schlittenfahrt, and I have been trying to find something similar to go with it.

’Wilhelm Ganz, composer, conductor and pianist, was the son of Adolph Ganz, Kapellmeister at the Opera at Mainz. He came to London as a boy in 1848. He became Professor of Singing at the Guildhall School of Music and was accompanist to the celebrated Spanish soprano Adelina Patti (1843-1919), who in 1878 took up residence at Craig-y-nos Castle in Breconshire.’

You should find that the score does NOT) playback! This is because I used the Sibelius 6 plug-in which re-formats a piano duet score, originally produced with the primo and secondo running parallel, into the more usual piano duet layout, with the two players on adjacent pages. Unfortunately this will not play back correctly (perhaps something for Sibelius 7?)

In order to hear the piece, I have added an MP3 file, which should give you a good enough idea!