By: Philip R Buttall
For: Solo Clarinet in Bb + piano
This music is in your basket
View basket
Loading... 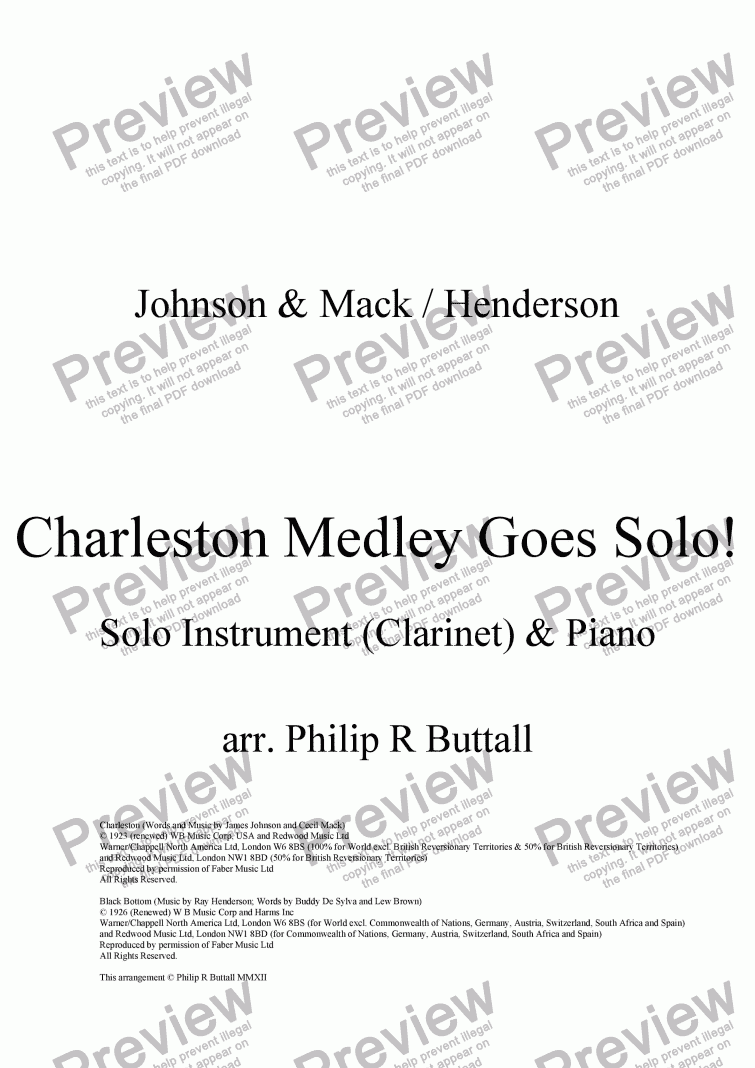 By: Philip R Buttall
For: Solo Clarinet in Bb + piano

The original idea for this medley of The Charleston and Black Bottom resulted from a ’Twenties Evening’ organised in aid of Multiple Sclerosis by a retired local piano teacher and good friend, whose husband unfortunately suffers from the illness.

In the present economic climate, sometimes people will buy the full set of parts, but not necessarily the full score as well - or occasionally vice versa. Where the parts alone have been purchased, reference should be made to the full copyright line, as it appears on the score, and which will always be available for inspection online.

While I have made this solo arrangement initially for Clarinet in Bb, I have included appropriately transposed parts for Alto/Tenor Sax, Bassoon and Flute, with suitable octave adjustments to take into account their respective ranges.

The list isn’t finite. If there’s an instrument you’d like, just let me know, and I can add the respective part!