By: Patrick Stanislaus Castagne
For: Brass quintet
This music is in your basket
View basket
Loading... 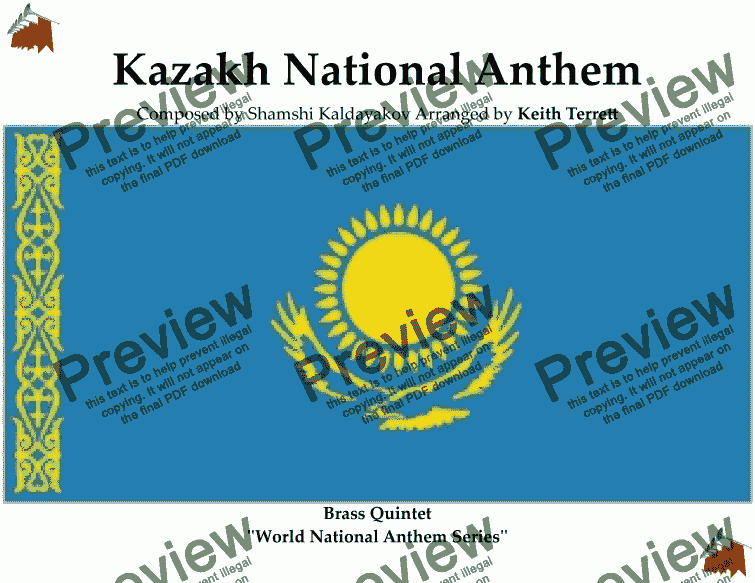 Composer
Patrick Stanislaus Castagne
Arranger
Keith Terrett
Publisher
Music for all Occasions
Difficulty
Moderate (Grades 4-6)
Duration
1 minute
Genre
World music
License details
For anything not permitted by the above licence then you should contact the publisher first to obtain permission.

The National Anthem of Trinidad & Tobago, arranged for Brass Quintet.

The national anthem of Trinidad & Tobabago is entitled ’’Forged from the Land of Liberty’’. The words and music were written by the author and composer Patrick Stanislaus Castagne (1916-2000). The work was originally intended as the anthem of the West Indian Federation which existed from 1958-1962. On the occasion of the final independence of Trinidad & Tobago on the 31st August 1962, ending rule from Great Britain, the island state held a competition to choose a national anthem; and Castagne emerged victorious.

The National Anthem was written to celebrate Trinidad and Tobago’s independence from Great Britain on August 31, 1962. A nation-wide contest was held in search of the best anthem to accompany this momentous occasion. The winner of the contest was Patrick Stanisclaus Castagne. Apart from composing our national anthem, Castagne wrote other songs like "Kiss Me for Christmas," "The Iceman" (a popular Road March hit in 1960), "Nimble like Kimble" and "Hyarima: A Caribbean Rhapsody". Castagne has held several posts in the government of Trinidad and Tobago. He is also the holder of a Chaconia medal and the British MBE.