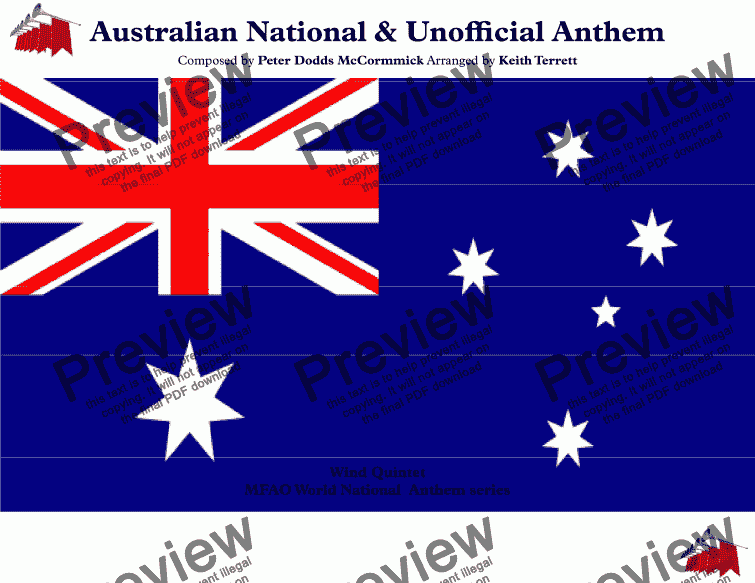 Composer
Music by Wolfgang Amadeus Mozart (1756-1791) or Johann Holzer (1753-1818) Arranged by Keith Terrett
Arranger
Keith Terrett
Publisher
Music for all Occasions
Difficulty
Easy (Grades 1-3)
Duration
1 minute
Genre
Classical music
License details
For anything not permitted by the above licence then you should contact the publisher first to obtain permission.

If you need an anthem not yet in my store, e-mail me your requirements:keithteerrett@gmail.com

Land der Berge, Land am Strome (Land of the mountains, land on the river) is the national anthem of Austria.

Nineteen days before his death on December 5, 1791 Wolfgang Amadeus Mozart composed his last complete work, the "Freimaurerkantate", KV 623. In parts of the edition of this cantata there appeared the "Chain Song" KV623A. To this melody the Austrian National Anthem is sung. The lyrics were written by the writer Paula von Preradovic. On October 22, 1946 it was declared Austria’s official national anthem.

In 2005, Women’s Minister Maria Rauch-Kallat stated her objection to the words ’sons’, ’fraternal’ and ’Fatherland’ in the lyrics and proposed changes. However, this was quickly dismissed as a news-item in times of little other news.