By: Philip R Buttall
For: Clarinet choir
This music is in your basket
View basket
Loading... 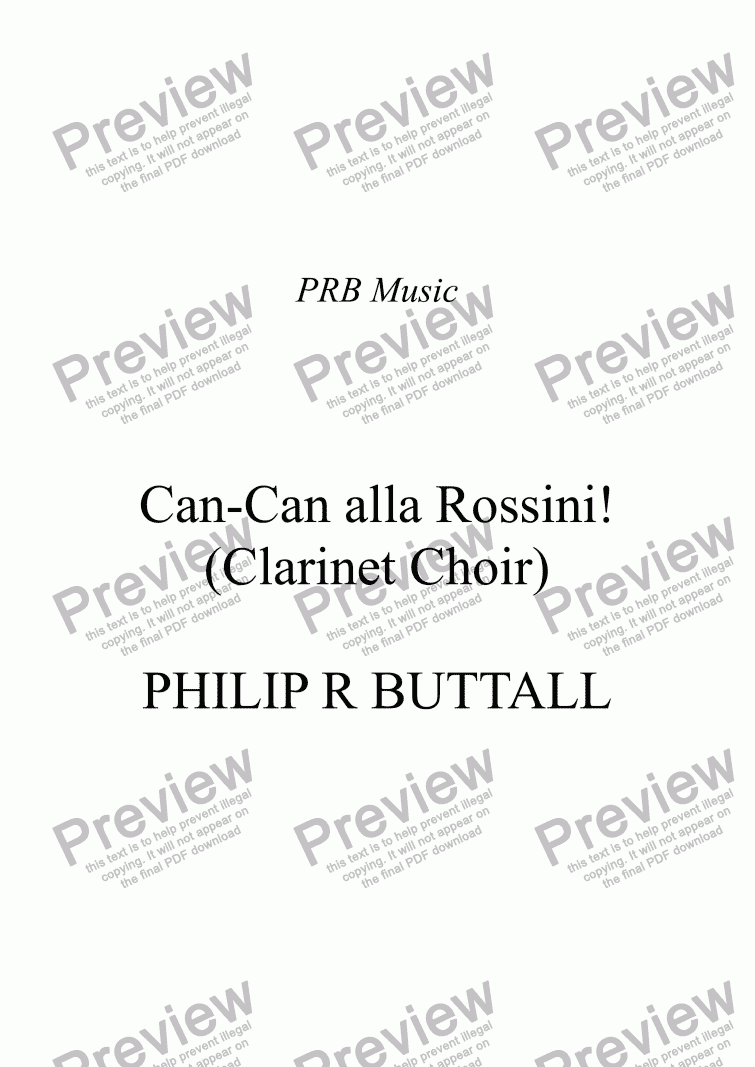 STOP PRESS: Following a request from Karyn Weber, founder of Clarinet Fusion - a Clarinet Choir from the San Francisco Bay Area - I have now added two independent parts for Contra Alto Clarinet in Eb, and Contrabass Clarinet in Bb - which their contra player, Mark Horne, has kindly produced and edited.