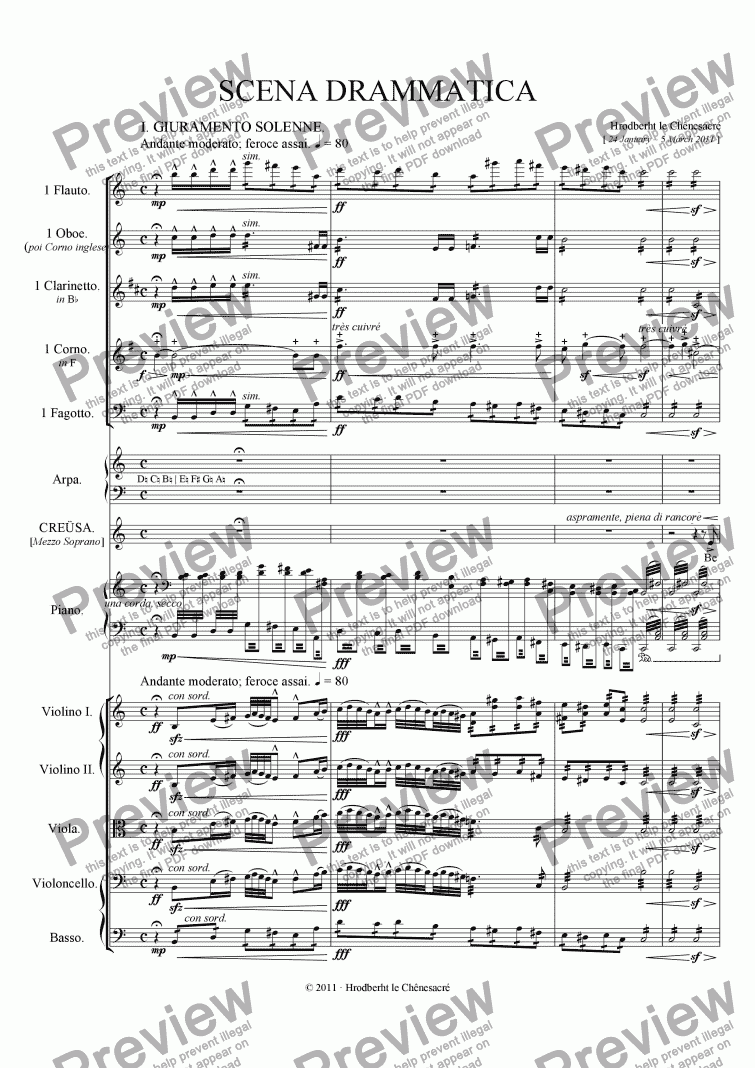 Based on a scene in the Euripides play «Ion», as translated by Robert Potter. Creüsa, princess of Athens, was raped by Apollo as a young teenager. Out of shame, she gave birth to her son in secret and left him to die in the cave where the act took place. Subsequently unable to conceive with her husband, and fearing for the future of her line, she encounters the young man Ion and discovers that he is the son she had long thought dead.

In the present scene, a sketch for a future opera, Creüsa relives the repressed emotions connected with the rape in order to process them one last time before laying them to rest, running the gamut from scorn for Apollo, to resentment, to fear, to relief and hope for the future of Athens and her line.

In order to submit this score to ScoreExchange.com Robert Hallock has declared that they own the copyright to this work in its entirety or that they have been granted permission from the copyright holder to use their work. If you believe that this score should be not available here because it infringes your or someone elses copyright, please report this score using the copyright abuse form.