By: Keith Terrett
For: Duet of Solo Violins
This music is in your basket
View basket
Loading... 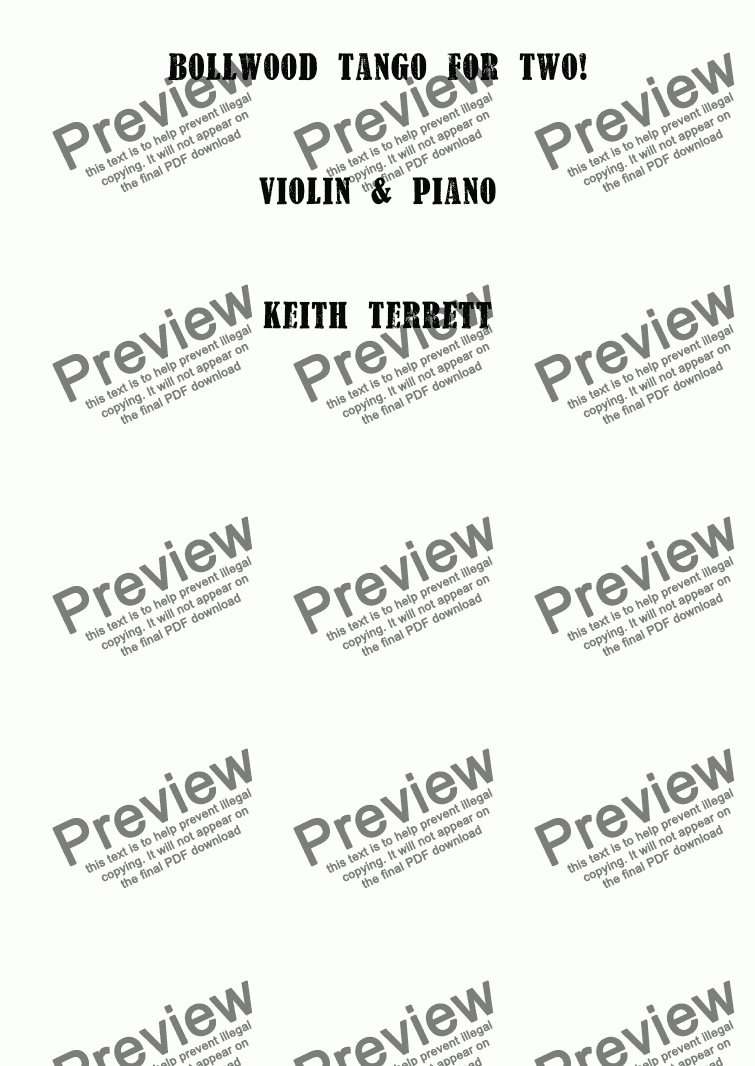 By: Keith Terrett
For: Duet of Solo Violins

Composer
Keith Terrett
Year of composition
2011
Publisher
Music for all Occasions
Difficulty
Moderate (Grades 4-6)
Duration
2 minutes
Genre
Latin music
License details
For anything not permitted by the above licence then you should contact the publisher first to obtain permission.

A little Tango I wrote one night in the Aravali Hills in India, for Violin, Cello & Piano; with an optional snare drum part; which could be replaced with shakers or a cabassa.

This piece would make an excellent lollipop for your next concert; and maybe you could have a couple dance the ’’Tango’’ while you play!

The tango is a partner dance that originated in the 1890s along the Río de la Plata, the natural border between Argentina and Uruguay, and soon spread to the rest of the world.

Early tango was known as tango criollo (Creole tango). Today, there are many forms of tango extant. Popularly and among tango dancing circles, the authentic tango is considered to be the one closest to the form originally danced in Argentina and Uruguay.

In 2009, UNESCO approved a joint proposal by Argentina and Uruguay to include the tango in the UNESCO Intangible Cultural Heritage Lists.

In Argentina, the onset in 1929 of the Great Depression, and restrictions introduced after the overthrow of the Hipólito Yrigoyen government in 1930 caused tango to decline. Its fortunes were reversed as tango again became widely fashionable and a matter of national pride under the government of Juan Perón. Tango declined again in the 1950s with economic depression and as the military dictatorships banned public gatherings, followed by the popularity of rock and roll.

In 2009 the tango was declared as part of the world’s "intangible cultural heritage" by UNESCO.