By: Ruggero Leoncavallo Arranged by Keith Terrett
For: Solo Oboe + piano
This music is in your basket
View basket
Loading... 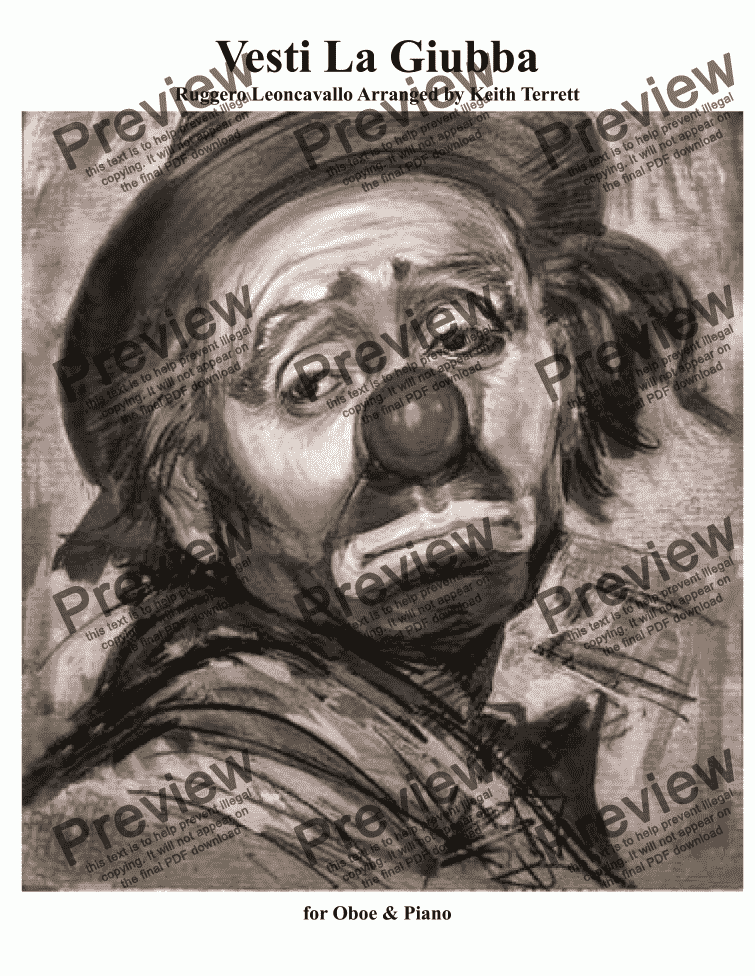 Composer
Ruggero Leoncavallo Arranged by Keith Terrett
Year of composition
1892
Arranger
Keith Terrett
Year of arrangement
2014
Publisher
Music for all Occasions
Difficulty
Moderate (Grades 4-6)
Duration
2 minutes
Genre
Classical music
License details
For anything not permitted by the above licence then you should contact the publisher first to obtain permission.

Pagliacci; Players, or Clowns) is an opera consisting of a prologue and two acts written and composed by Ruggero Leoncavallo. It recounts the tragedy of a jealous husband in a commedia dell’arte troupe. (Its name is sometimes incorrectly rendered with a definite article as I Pagliacci.)

Pagliacci premiered at the Teatro Dal Verme in Milan on May 21, 1892, conducted by Arturo Toscanini with Adelina Stehle as Nedda, Fiorello Giraud as Canio, Victor Maurel as Tonio, and Mario Ancona as Silvio. Nellie Melba created the role of Nedda in London in 1892, soon after its Italian premiere, and in New York in 1893.

It is the only opera of Leoncavallo that is still widely staged. Need an anthem fast? They are ALL in my store!