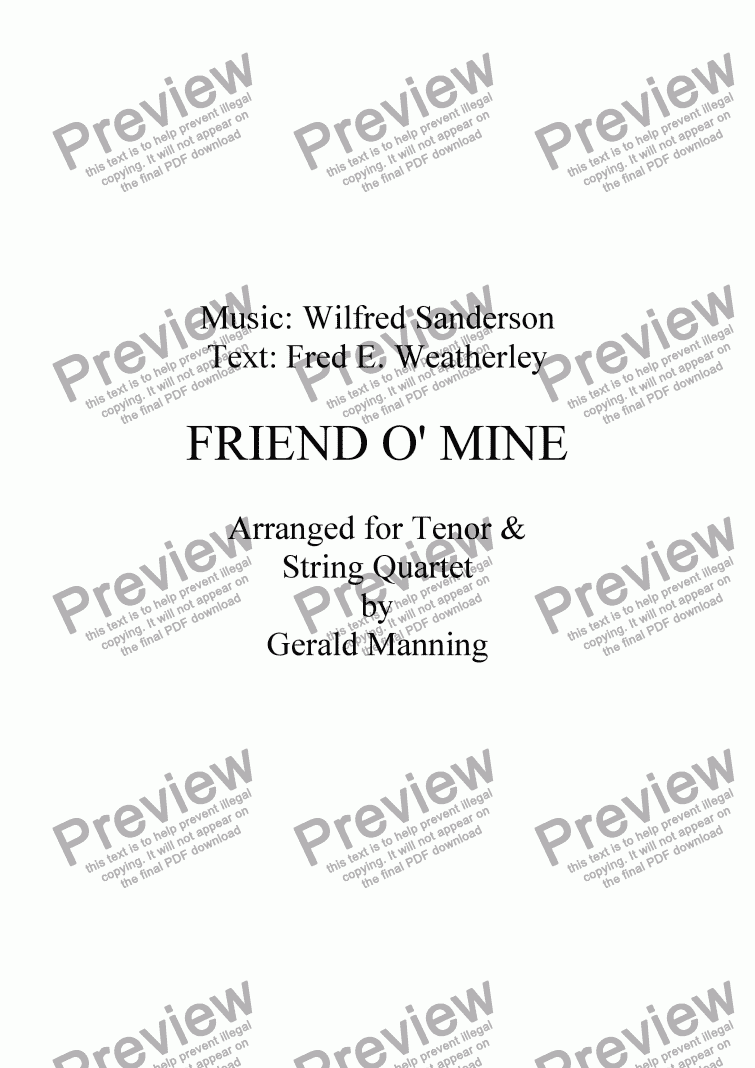 Frederick Edward Weatherly was a prolific poet who translated opera and published vast quantities of verse and children's books. He wrote thousands of lyrics and composers competed with each other to set them to their music. In Musical Jottings a periodical of 1879, noted, in a review about a song by Frederic Cowen that: "The poetry is by F.E. Weatherly, who seems the only poet the first composers care to notice just now." During the Great War his ballad Roses of Picardy' became one of the most popular songs of the time. In 1912 Weatherly wrote Friend o' Mine' and despatched the text to his close friend the tenor Michael Maybrick who later became known as the composer Stephen Adams. However Maybrick failed to acknowledge receipt of the manuscript, which puzzled Weatherly as it was the first time Maybrick had been taciturn when offered a poem by Weatherly. Several months after this Maybrick who was ill and ailing visited Weatherly in Bath and never drew reference or mentioned the poem, which was written for him as a tribute to their deep friendship. Maybridge died a few weeks after this visit, and Weatherly liked to think that the composer never set his text because it touched him so deeply that he could never bring himself to speak of it, let alone setting it to music. The ever-resourceful poet submitted the text to the composer Wilfred Sanderson who was delighted to set it.